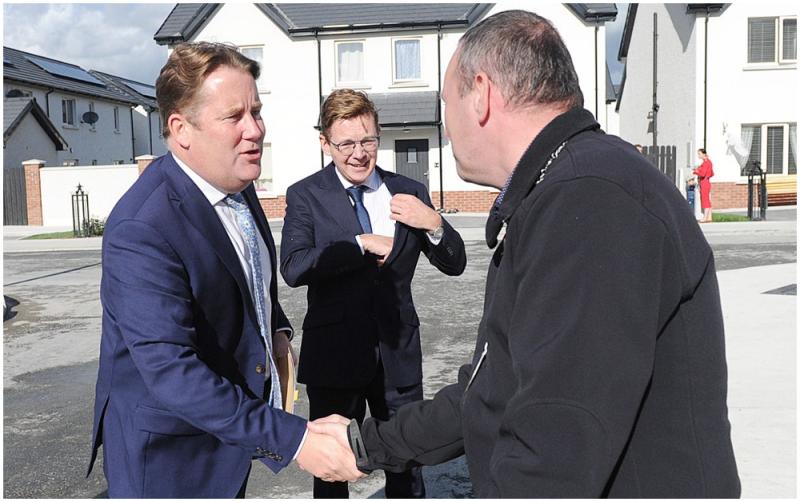 A new 65-house development was opened in Dundalk last week on the Ramparts, with houses in the area set to cost an average of €240,000.

Minister for Housing, Darragh O’Brien officially launched the new housing estate on Friday, October 15th alongside Tuath Housing, who are set to run the estate.

Speaking during the launch of the 65 new turnkey homes, Minister O’Brien said that it was a “great pleasure” to officially open Cathedral View in Dundalk.

“This is a really special day, with 65 homes here… for real families,” said Minister O’Brien.

“This is a really special collaboration between the Department of Housing, Louth County Council and Tuath as well.

“The quality of them is exceptional.

“This is one of the best parts of the job, to actually see a family moving into a new home, and 64 more families will be moving into new permanent homes here, and it’s great for this part of Dundalk too.”

According to the Minister, Louth County Council has been set a target of 660 new social houses to be built by the local authority by the end of 2022.

He added that while solving the housing crisis will be difficult, it was “eminently doable”.

Chief Executive of LCC, Joan Martin said that it was a great day for Dundalk to see people moving into their new homes.

Ms Martin also said that the council would do their best to try and deliver the 660 new social homes in 2022.

“The Minister said that the target for next year was 9000 nationally, I don’t know how we managed to get over 600 of it. In the smallest county in Ireland,” said Ms Martin.

Minister O’Brien said that the council would be well able to do it and that was why their target is so high. 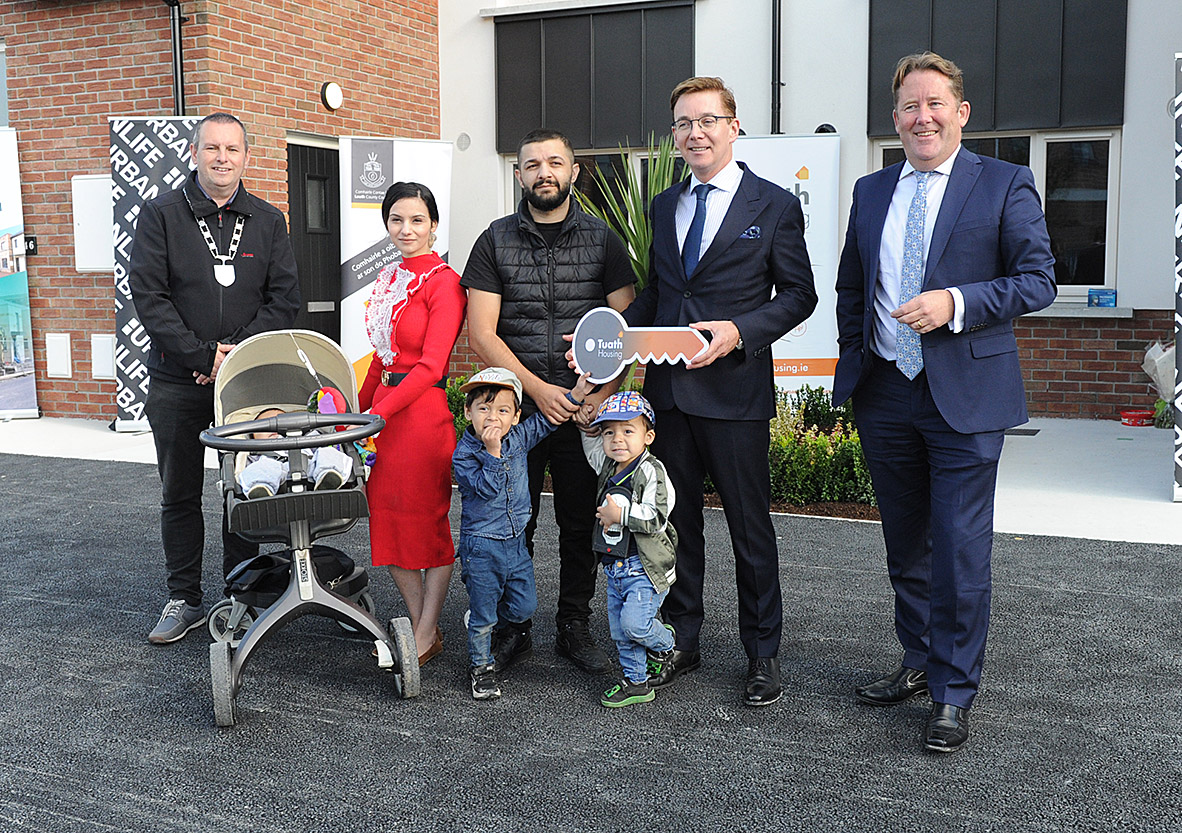 Alongside his visit to Dundalk, Minister O’Brien visited the site of the Narrow Water Bridge alongside Senator Erin McGreehan and Minister for Infrastructure, Nichola Mallon MLA.

“If this was in any other part of the country there would have been a bridge long ago, it is only because it's on the border that it has been forgotten. It feels like we are finally beginning to move on and people are believing in this region,” said Senator McGreehan.