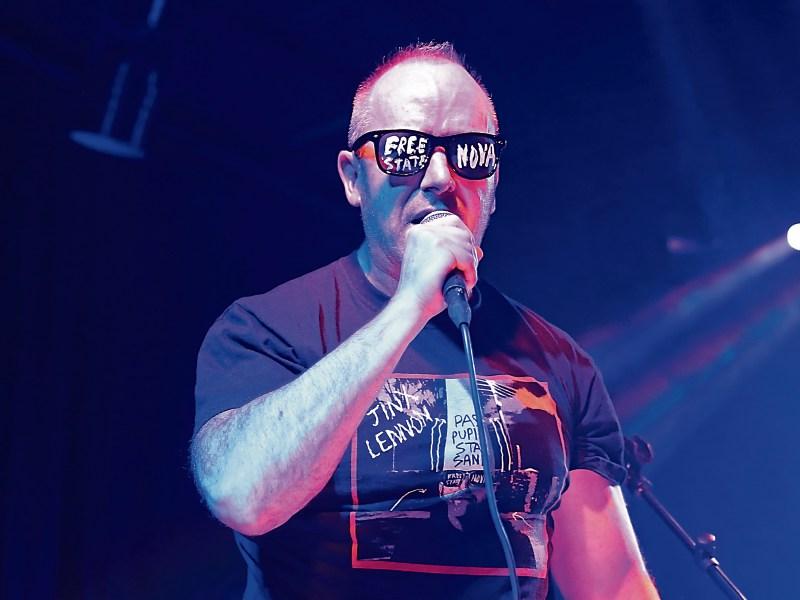 The smell of the sweat ,beer and audience normality that has missing from your zoom meetings since march 2020 is coming back again with avengeance this autumn and winter 2021 with Jinx taking to the stage in the Spirit Store on Saturday November 6th with tickets available at www.spiritstore.ie.

Recently seen performing ''Pushin the patients round'' from the ''Liferafts For Latchicos'' album on Tommy Tiernan's RTE show Jinx's new show is called "the mouth,the wire,the wood,and the good right foot" just to set out the stalls properly.

A whole bunch of Jinx classics will be performed alongside music from the two albums he released during the covid crisis "border schizo fffolk songs for the fuc**d " and "liferafts for latchicos" and like it says on the poster its all about playing the six string guitar and the bass drum.

Jinx will also be playing support for local artists Dave Keenan in Dublin and Mary Wallopers in Cork in December and will release the next album in spring 2022 which is like a collision course between punk attitude and open tuned folk guitar aptly named "Walk lightly when the jug is full " and it was engineered/produced by Chris Barry in Ailfionn Studios Drumcondra between December last year and may this year . Chris also plays bass on the record.

Lots of upcoming dates are on the menu including the American Bar Belfast on November 20th and Thomas House Dublin in the new year .The song "Forgive the cnts " from ''Know Your Station Gouger Nation!!!''was featured in the recent movie "

Bicycle Thieves Pumped Up " made by filmaker/comedian Conor O Toole which is about a pizza delivery girl who gets her bike stolen .

Sara Jane Hopkins a.k.a. Baby Nits is special guest for the Spirit Store show .She is one of the more up and coming d.i.y. local musicians in Dundalk,and she played a stormer in this years Arcadian Fields festival .Jinx and Baby Nits collaboration "Fred Perry Far Right" will feature in an upcoming compilation album series of Irish underground musicians music "Litany of failures" volume 4.

So get your tickets for Saturday November 6th and come feel the rawness with the local twist.

If you haven't dipped your toes back into the live music scene yet so far,then this is the show to go to now.