'Now the banks are bailing on us': Conlon criticizes Bank of Ireland for closing only bank in Dunleer 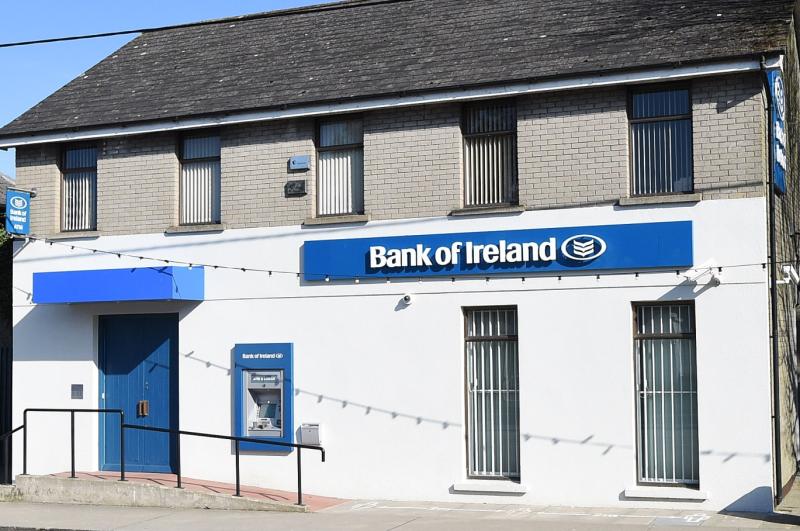 A local Louth councillor has criticized Bank of Ireland after they closed their Dunleer branch last week, leaving the town without a bank or ATM.

Cllr Bernie Conon says that the closure of the Bank of Ireland branch in Dunleer is “shocking”, with the town continually growing in population.

A total of 88 Bank of Ireland branches closed their doors last Friday, with the bank announcing the shuttering earlier this year.

Speaking to the Democrat, Cllr Conlon said that Friday was an emotional day for the staff at the branch, and she was full of praise for them as they finished their last day.

“It’s actually very emotional for the bank manager and the staff...The bank was brought here in the early 60s I think,” said Cllr Conlon.

“It’s shocking not to have a bank in Dunleer.”

Cllr Conlon said that with the closure of the bank, there will no longer be an ATM available in Dunleer, with locals now having to rely on the local post office to lodge and withdraw cash.

“It’s really not good, like we bailed out the banks and we poured millions and millions into the banks, and now the banks are bailing out on us,” said Cllr Conlon.

“It’s the taxpayer that they’re bailing out on.”

For Cllr Conlon, she wants to see at least an ATM restored to the town as soon as possible, so people can withdraw their cash at any time during the day and not be restricted by post office opening hours.

The Financial Services Union (FSU) have said that the closures are a "sad day" for staff and customers of Bank of Ireland and that it shows a weakness in financial regulation in Ireland.

"Despite cross-party opposition in the Dáil and in Stormont and across wide sections of the community, Bank of Ireland have continued along the pathway of eroding their footprint and removing vital services from communities across our country," said John O'Connell, General Secretary of the FSU.

"The Regulator has clearly failed in its role of protecting customers and communities in this instance."

Mr O'Connell called for the Central Bank to commit to ensuring that the banking network across the country will not be removed.

"Our banking sector is at a crossroads and needs a commitment from the Central Bank that the banking network will not disappear, and that they will be proactive in ensuring that communities and vulnerable people will not once again be hit the hardest."