The new pizzeria first opened its doors on Wednesday 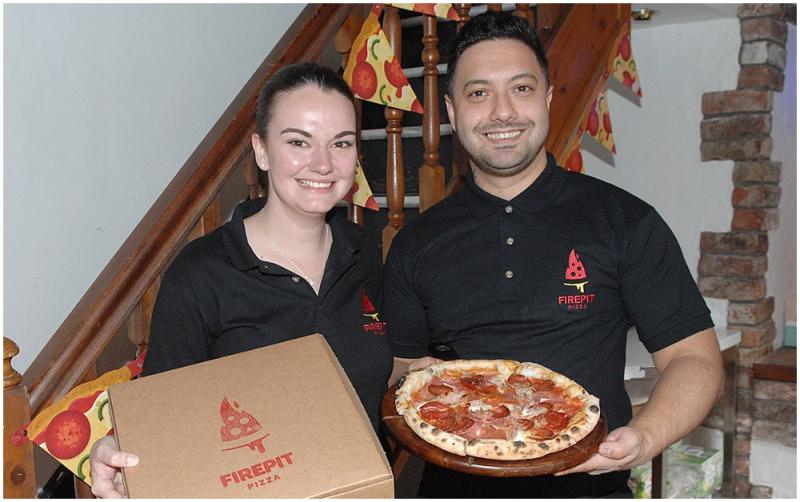 A new takeaway pizza restaurant has opened its doors in Dundalk, taking over what was La Cantina on River Lane.

Firepit Pizza, the newest takeaway in Dundalk, officially launched their restaurant on Wednesday, September 29th, within the red-stone bricked building that once housed La Cantina.

Owner of Firepit Pizza, chef Paul Vize, who is from Forkhill and previously worked as a chef in Belfast, said that the idea to open the new restaurant came over the lockdown, when his outdoor catering business was unfortunately shut due to closures.

However, Mr Vize said that he noticed a “hole in the market” for a new, wood-fired pizza takeaway in Dundalk.

“I had to get my thinking cap on and look for a hole in the market, and I knew Dundalk wasn’t famous for its pizzas,” said Mr Vize.

“Coming from Belfast and having the variety and some top restaurants up there, I thought I’d bring something like that to Dundalk.

“So here we are, Firepit Pizza.”

While he originally had planned to lease a separate premises, an opportunity came up to take over La Cantina, which closed its doors in 2016, and he jumped at it.

“When he [landlord] told me La Cantina, I jumped at the chance straight away.
“From a young age, I remember walking past La Cantina so many times and looking at it and thinking, ‘that is just such a beautiful building,’ and I always thought I’d love to have my own restaurant in it.

“So here we are, I ended up getting the keys for it and we have now opened our pizza restaurant!”

Restaurant manager, Aoife Leamy, told the Democrat that they are looking forward to getting started with the new restaurant over the coming weeks, and while they’re starting with a small team of four, the option of future expansion is on the table.

“We hope then we’re gonna have more staff, we want to expand, we want to be able to open every day of the week,” said Ms Leamy, adding that staff are excited to get started.