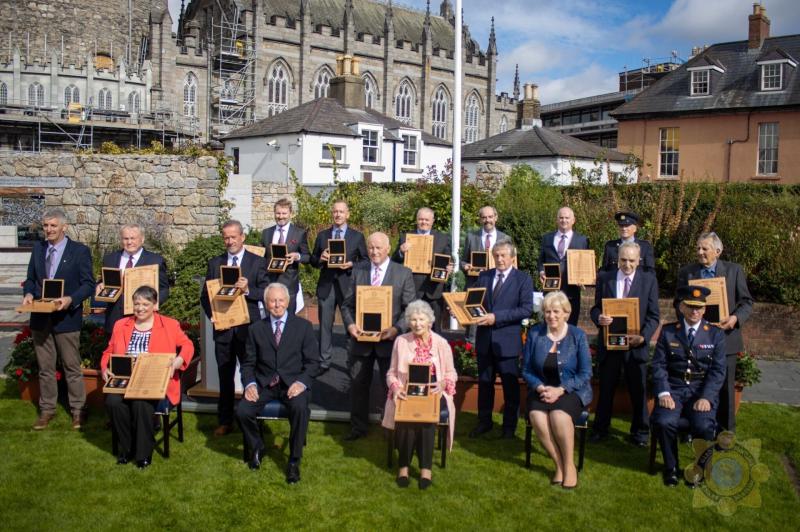 A Dundalk-based Garda has received a Bronze Scott medal after risking his life to rescue a businessman who was kidnapped by the IRA in 1983.

Sergeant Eugene Collins, who currently works within Dundalk’s Community Policing Unit, risked his life during an operation to find prominent businessman Don Tidey, who was kidnapped by the IRA who had posed as members of An Garda Síochána in November 1983.

After 23 days in captivity, Gardaí received confidential information which lead to a search of a wooded area located in Ballinamore in Co Leitrim, with Gardaí being joined by the Irish army in their search.

A number of smaller teams were created, with Garda Eugene Collins entering Drumcroman woods with other gardaí and were only able to travel through the dense undergrowth by crawling on hands and knees.

According to Gardaí, they knew that they would likely face an armed IRA gang within the woods.

During the operation, Garda Collins heard two other gardaí speaking about a unidentified man wearing what appeared to be paramilitary fatigues, with Garda Collins advancing forward and seeing a beared man ten feet in front of him.

Garda Collins was then shot at, with him dropping to the ground and retreating to cover.

After gunfire erupted, he was held hostage by the IRA along with other Gardaí and Irish Army soldiers and was told to keep his hands over his head.

The captured gardaí were forced across multiple fields and fences, before the gunmen made their escape.

According to Gardaí, subsequently, three people were convicted in relation to the kidnap of Mr Tidey.

Garda Commissioner Drew Harris said that Sgt Collins and other Gardaí at Drumcroman wood showed “outstanding bravery” in their actions in 1983.

“The obvious danger and complexities involved in the operation at Dromcroman Wood in mid-December 1983 cannot be overstated,” said Commissioner Harris.

“You were involved in a heavy exchange of gunfire and were directly shot at.

“In all of your actions during this search operation you strove to protect the life of Mr. Don Tidey and the lives of your fellow Gardaí.

“Each one of you demonstrated outstanding bravery and physical courage.

“And both bravery and courage involve so much more than we can know.”

Commissioner Harris also paid tribute to those who died in the operation, Garda Gary Sheehan and Private Patrick Kelly.