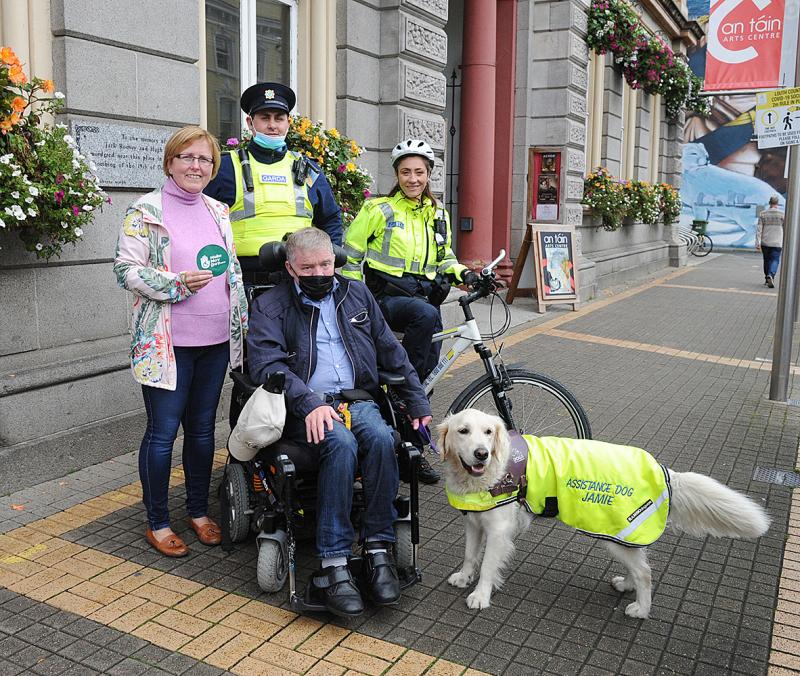 People around Dundalk are being asked to be wary of obstacles on roads and footpaths that may obstruct people in town with disabilities, as Make Way Day is held across the country.

Make Way Day, an initiative from the Disability Federation of Ireland, is now in its fifth year and it aims to highlight the issues people with disabilities have with accessibility in public areas.

John Morgan, a disability campaigner in Dundalk who is a wheelchair user, said that the campaign is all about raising awareness for the difficulties people with disabilities face.

Speaking to students, Mr Morgan said that people with disabilities need to be respected, citing that 13% of the population in Ireland has some kind of disability.

“People need to respect us, 13% of people in Ireland have a disability,” said Mr Morgan, and that this can take many forms, whether it’s diabetes or being paralysed.

He said that in particular, issues with disabled parking have been significant for him in the past, with people without disabilities using them to park.

According to Mr Morgan, the first excuse he hears is that people will only be parked there for a minute, but that doesn’t wash with him.

“People with disabilities have enough things to overcome in their daily lives, without having to overcome something that society has implemented.”

Independent Cllr Maeve Yore said that the campaign had received great support from the Gardaí, with two community Gardaí, Garda Kate Patterson and Garda Daragh Prior joining Mr Morgan on his journey around Dundalk to highlight blackspots.

Cllr Yore said that as the Gardaí have stepped up, Louth County Council now needs to work to improve accessibility in Dundalk.
“The council need to step up and do a bit more,” said Cllr Yore.

The campaign itself was launched earlier today, with President Michael D Higgins recording a video message to highlight the campaign.

“Today, on Make Way Day, I encourage activists and concerned citizens alike, all over the country to reflect and highlight, for example, those challenges posed to those with disabilities arising from obstacles thoughtlessly left on the footpath in their way,” said President Higgins.