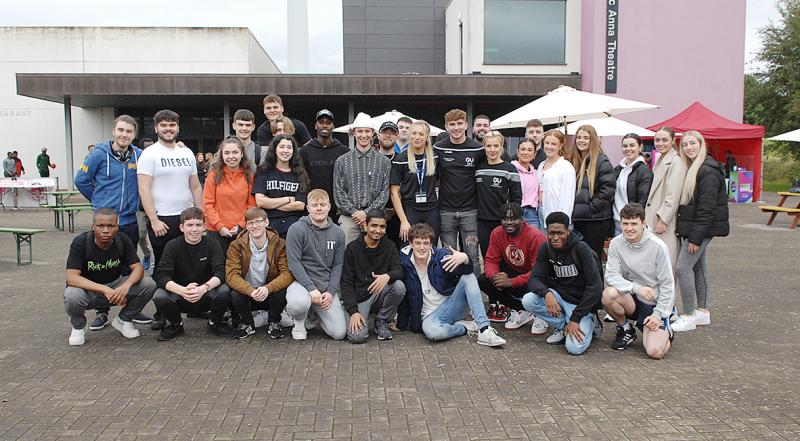 Students in Dundalk IT have returned to campus for the first time since March 2020, with many in high spirits as they went to their first lectures of the academic year.

Orientation day for second-year students, who have mostly had online lectures and classes during their first year in college, took place on Thursday, September 16th.

DKIT Students’ Union President, Christopher O’Neill, welcomed the return of students to the campus, saying that it was great to see them on campus, many for the first time.

“It’s great to have a bit of life back to campus,” said Mr O’Neill.

“Today is just a little taster of what campus life can be like here at DKIT and it’s absolutely great to see so many second years out and interacting and engaging.

“They missed out on all of last year, so this is their first real experience to the campus in DKIT, so it’s great for them and great for us [DKITSU] to have them back.

“It was a long and lonely year for us all, so it’s great to be back engaging and interacting with the students.”

The square in front of DKIT’s canteen was lined with students, as food trucks from around the county peppered the sides of the square.

Second-year student Chelsea Farrell told the Democrat that she was happy to be back on campus and seeing coursemates.

“It’s great to be back on campus, it’s good to see everyone again and to get to know your group,” said Ms Farrell.

“We’re back as second years so we didn’t really get to meet each other, so to be back on campus and seeing your lectures in person and actually learning on campus rather than through a screen is great.”