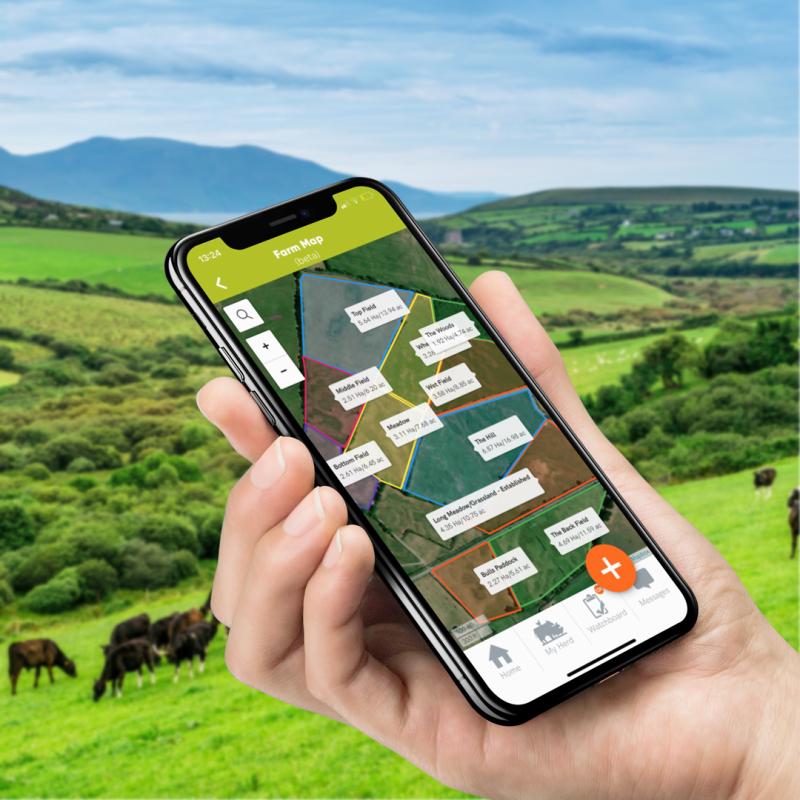 Over 1,400 farmers in Louth can now map their farms digitally via a new app, using satellite imagery to create maps on farmers phones.

Farm Maps, a new service by farm management software company Herdwatch, will allow farmers in Louth to digitally map their land, as well as name and digitally colour code them.

According to Herdwatch, the service will allow farmers to create paddocks and spray records for farm compliance, which will help reduce paperwork.

“Land size is automatically calculated, providing farmers with the area of their field in hectares and acres as they create the map. In just two weeks, Herdwatch members mapped over 40,000 acres of farmland in the app,” said a spokesperson for Herdwatch.

The company have said that they are currently developing other advanced tools to help farmers in Louth, including environment tools and soil health tools.

“We are very happy to be able to make this tool available for free to the more than 1,400 farmers in Louth,” said Herdwatch CEO and Co-Founder, Fabien Peyaud.

“This provides a fast, simple solution which we know from our research has been an issue of significant interest to the farming community in Louth and beyond. Increasingly farmers need to be able to create maps of their farms for a variety of reasons and they can now do that with minimum fuss all through their smartphone.

“The burdens on farmers are growing and this is especially true when it comes to ensuring compliance with environmental considerations. That is why our mapping service will become a vital technology which will also enable other solutions in future which farmers will be able to access simply through the Herdwatch app.”

Herdwatch was launched in February 2014 and is headquartered in Tipperary, with software that is used on more than 15,000 farms in Ireland and the UK.