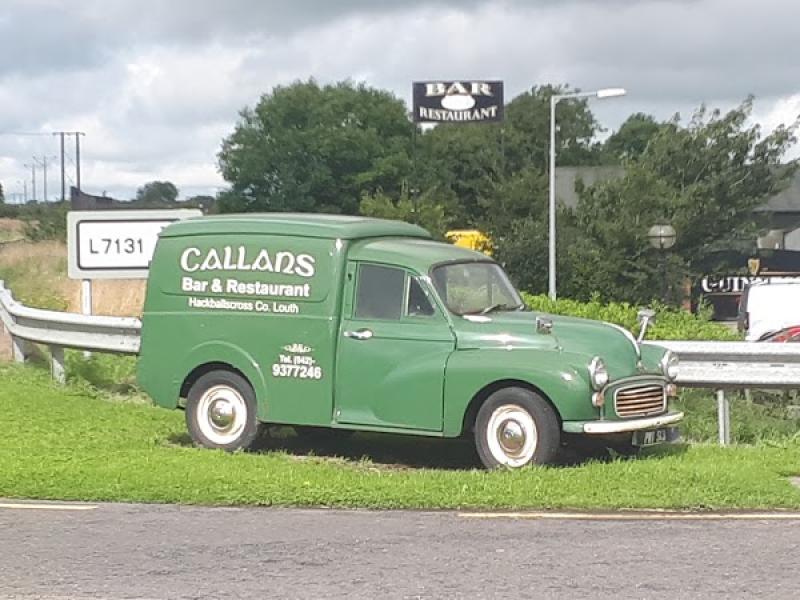 An initiative run in coordination with Kilkerley Emmets and Naomh Malachi saw clubpersons distribute the lunches which were specially cooked by Callan’s chef Aidan Digney.

And, leaving no stone unturned, the family-run business also provided a takeaway service on Saturday and Sunday, while respecting government guidelines.

“It was about helping the community,” Sandra Callan, who runs the Castleblayney Road eatery with her husband, Garrett Callan, told The Democrat. “They support us in the good times.

“We’ve a brilliant chef, Aidan Digney. He was the only man in the kitchen and did a great job, organising everything.”

The home delivery idea was hatched early last week and once permission was granted by local Garda Frank Noonan, the Callans set about involving family members to make the attempt a success.

“We tried to keep it all family; people that we knew,” Sandra added. “There were no staff, but my husband’s sisters - Aveen, Ashling, Orlaith and Blainaid - came in and were brilliant, along with Gareth Crawley and my daughter Megan and son Jonathan.”

Callan’s are thankful for the hand sanitiser provided free of charge by the Murphys of Old Carrick Mill Distillery, and Brendan Begley of Tavanamore Meats, who sponsored beef for the meals.