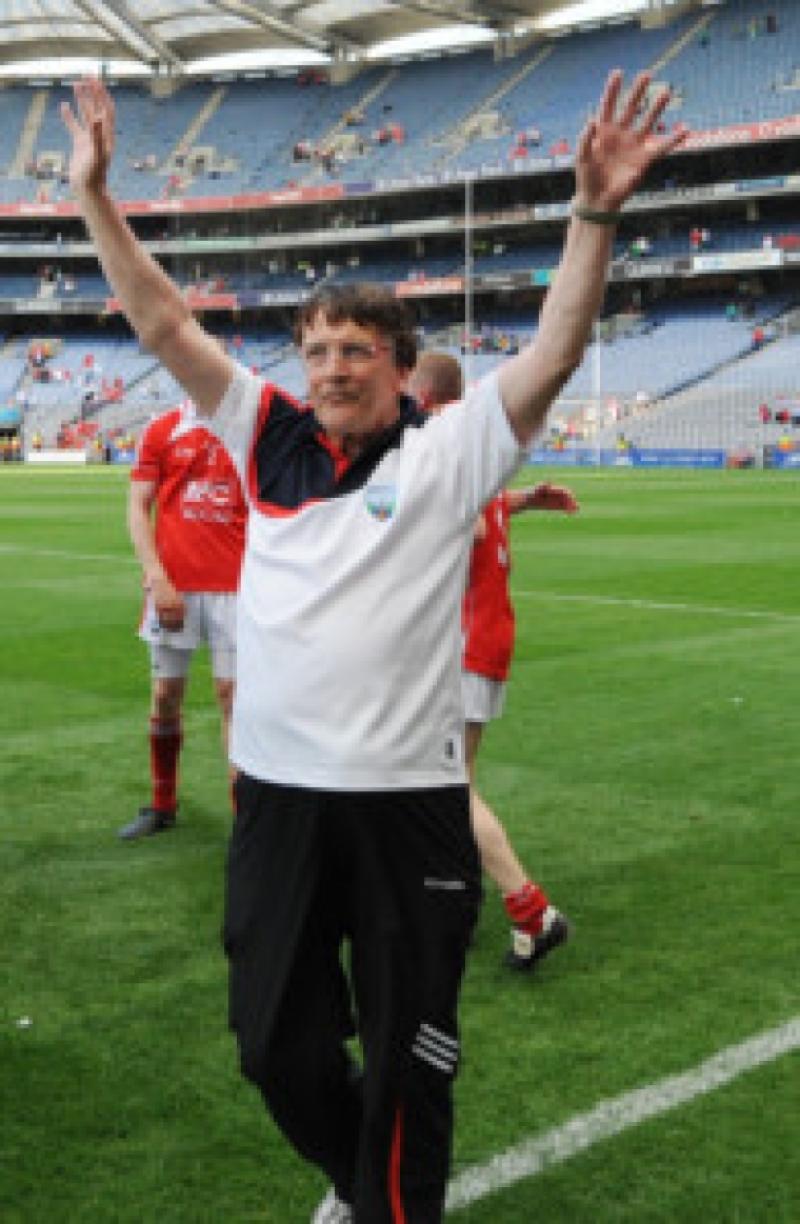 Charlie McAlester was immensely proud of Louth’s involvement in a fundraising tournament, the proceeds from which went towards the purchase of Croke Park.

Charlie McAlester was immensely proud of Louth’s involvement in a fundraising tournament, the proceeds from which went towards the purchase of Croke Park.

Charlie, whose anniversary is coming up next month, related the story on many occasions, most memorably on the day Louth beat Westmeath to qualify for the 2010 Leinster senior final. It’s unlikely, however, if the guys he was telling it to were particularly interested.

The rejoicing which followed the final whistle that day was huge, Louth through to the final for the first time in 50-years. But much as they wanted to, supporters couldn’t get on to the hallowed turf to celebrate with the players. The men in the yellow bibs saw to that.

But somehow, Charlie managed to break the cordon. Immediately, he had two six-footers chasing after him. They caught him, and as they wrestled him to the ground, Charlie was heard to shout: “Take your hands of me. I’m from Louth; we built this place.” Some of the players came to Charlie’s aid, but he paid the penalty for his incursion, his role on the day of the final being greatly diminished.

It’s 100-years since the GAA changed the name of the country’s best known stadium from Jones’ Road to Croke Park, and as Charlie said, Louth helped make it happen. Early in 1913, the GAA organised football and hurling tournaments to raise funds for a memorial to honour the memory of one of the original patrons of the Association, Dr Croke, Archbishop of Cashel. Louth played in the football and after beating Dublin and Antrim qualified to meet Kerry in the final.

The final was notable in a number of respects – the coverage it received in the national press and the fact that it was the first 15-a-side match played under GAA rules. It ended in a draw, and central council granted each county £50 to go towards training for the replay.

How they got away with it we don’t known, but Louth sought the assistance of two Belfast Celtic coaches to help with the training for the second game. More than that, the players were paid wages for two weeks prior to the final. Professionalism? A county before its time.

A crowd of 36,000, the largest at the time to watch a sporting event in Ireland, paid gate receipts of £1,183, and here was another record – the first time the thousand pound mark was crossed for a GAA match. Thousands were refused admission, but that didn’t stop many of them from swarming over the railway wall. The attendance could have been anything up to 50,000.

The replay, like the drawn match, was a classic, Kerry winning by 2-4 to 0-5. The money raised from the two tournaments – £2,365 – helped central council finalise the purchase of the Jones’ Road venue, and make it a memorial to Dr Croke, which not only has stood the test of time, but has thrived to become one of Europe’s great stadiums.