INSIDE TRACK | Shawshank may not be the favourite film, but there's no beating Only Fools 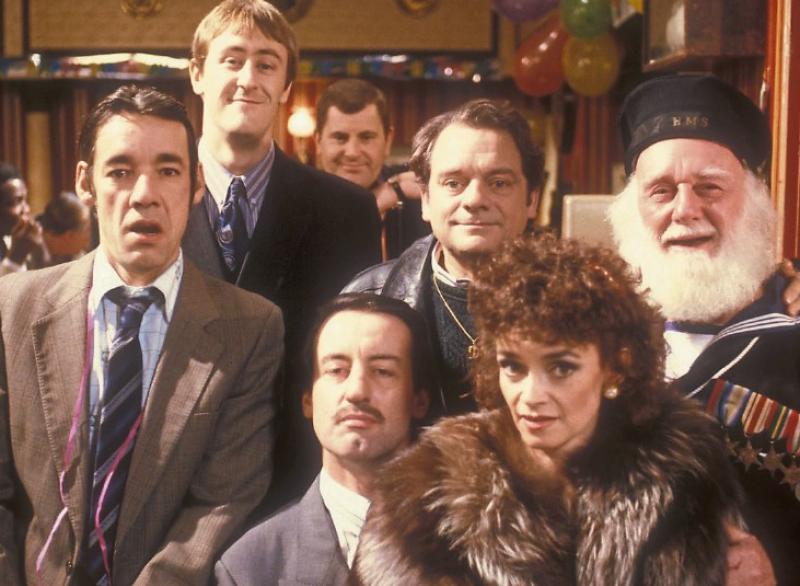 Only Fools and Horses is the greatest TV programme ever made!

In the absence of sport – sport, that is, as we knew it, not soccer from Germany being played in front of cardboard cut-outs – TV is nowadays being consulted for quizzes more than anything else. Comedy is a good second-best, with music in third place. Current affairs, the News included, is fighting against relegation. Tragic as it is, there’s only so much you can take from the Covid-19 front.

Tune into Sky’s Channel 151 any night and you can have a double helping of The Chase, two hourly programmes beginning at 8. Who Wants To Be A Millionaire? comes up for the next hour, and if that hasn’t frazzled your brain, two showings of Bullseye will surely do the job.

A mate of mine agrees: when Bullseye was in its infancy, about 90 years ago, coming on each Sunday evening, we couldn’t get to the remote quick enough to switch it off. Now it has, can I say, an attraction – even a charm – all of its own. Prizes of coal buckets, Mickey Mouse telephones and a set of yard brushes were probably valuable at the time; now, they’re probably seen as collectors’ items. As for Bully… Sotheby’s material.

Even better than some of the answering on The Chase is the speed with which Bradley Walsh asks the questions. It goes from very fast to breakneck when the Chaser begins to run out of time; yet Brad is word-perfect, though I’d say what  we’re looking at is heavily edited.

I had a near-perfect round one night, earning me kudos all round. I didn’t say anything, but I immediately recalled the yarn former champion jockey and racing pundit, Johnny Francome, spun on television back in the days when he was part of Channel Four’s Morning Line team.

Francome was stable jockey to Fred Winter in a stellar career, and the two of them used to travel together to the races. The radio quiz show, The Brain of Britain, was switched on each Saturday morning, and the lads would take each other on. Hardly a week went by that Francome wouldn’t win, hands down. This amazed Winter.

As he told the yarn, Francome didn’t say if he ever let the guv’nor know that the Saturday running of the show was a repeat, the real thing having gone out on the previous Wednesday night.

Maybe I should tell my lot that The Chase episodes currently being shown are all from days gone by.

Did you know Bradley Walsh was coach to the England soccer team, and that Ricky Tomlinson was the manager?

They were, and what’s more they brought their team to the World Cup semi-finals. And then the reel showing Mike Bassett: England Manager ran out.

I listed this as my all-time favourite film when I was the subject of a question-and-answer feature a few years ago. It was for a greyhound trade paper, and I suppose I shouldn’t have been surprised that after sending in my responses I got a call back to know if this was a mistake, the person on the other side either never having heard of the film, or surprised I hadn’t chosen Shawshank Redemption.

Judged on the number of people who choose it, ‘Shawshank’ must be the most popular film of all time. As for comedy shows, Only Fools And Horses must be No1.

Just look at all the plays it gets each weekend, Channel 110 devoting hours to repeats throughout the weekend.

Music for a few weeks and now television. The sooner Inside Track can be back to justifying its place in the sports pages the better.