Pat’s unlikely to lose any players until season is over 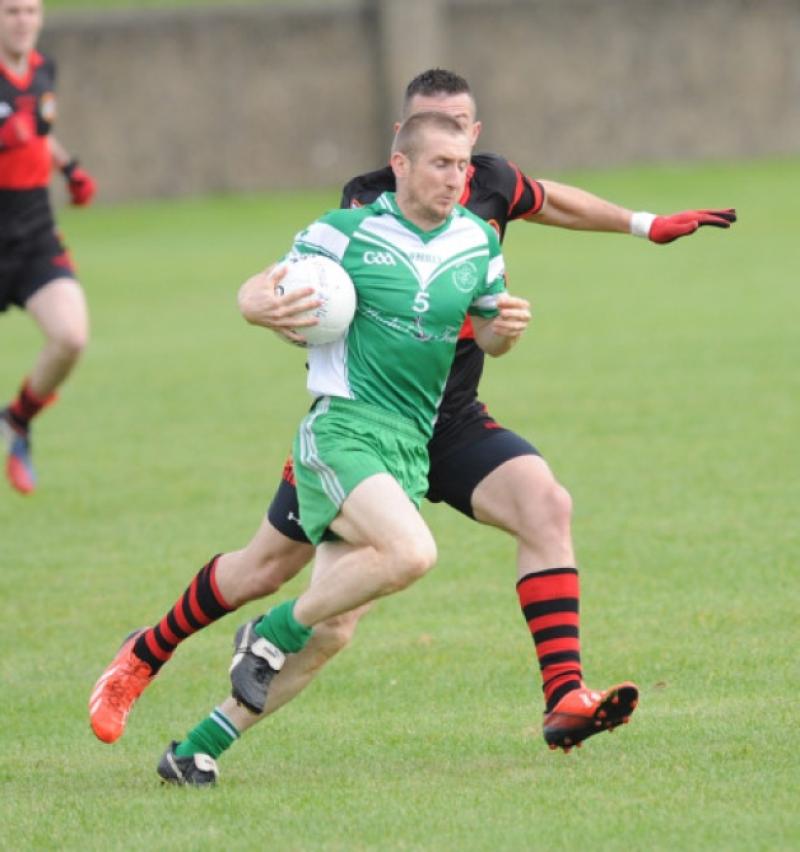 There are nine St Patrick’s players who won their sixth Louth Senior Championship medal on Sunday. It’s open to debate how many of them will be anxious to try for a seventh.

There are nine St Patrick’s players who won their sixth Louth Senior Championship medal on Sunday. It’s open to debate how many of them will be anxious to try for a seventh.

Years of hard grinding has taken its toll; legs are not running as fast as before and injuries are becoming more difficult to shake off.

But no matter how many opt out, if, indeed, any of them do, Paddy Keenan won’t be among them. While he has handed in his inter-county gun, the most decorated of all Pat’s players plans to continue in the green-and-white.

There’s still a Cardinal O’Donnell Cup to be defended at local level, and also a challenge for provincial honours. It’s expected Sunday’s team, or something like it, will remain intact until all of 2014’s business is cleared up.

If they were to prioritise things, Pat’s would probably put the Leinster challenge on top. This is a competition in which they’ve only fared moderately. There have been a few wins since making their debut in 2003, and good performances in the narrow defeats by Dublin’s St Brigid’s and Portlaoise; but on no occasion did a breakthrough look on.

Pat’s had to work hard for Sunday’s win, finishing with just a couple of points to spare over a Dreadnots team that was far too dependent on free-taker, James Califf, for scores. Having edged three points in front, Pat’s were knocked off their stride when a poorly-struck Paraic Smith free was allowed squeeze over the line, but they showed their mettle by turning a one-point interval deficit into a 1-8 to 1-6 lead early in the second half.

Pat’s then went 23 minutes without a score, while it was even longer than that before Dreadnots added to their half-time tally. That wouldn’t suggest the game was a classic or anything like it, and neither it was. Open play was stymied by the most minor of discretions being penalised – some hardly qualified as indiscretions – and then there was the finishing.

Victory gave Pat’s a third title in four years, while it was Dreadnots’ second defeat in the final by the Lordship side in three years.