Pat’s complete double to bring bittersweet season to an end 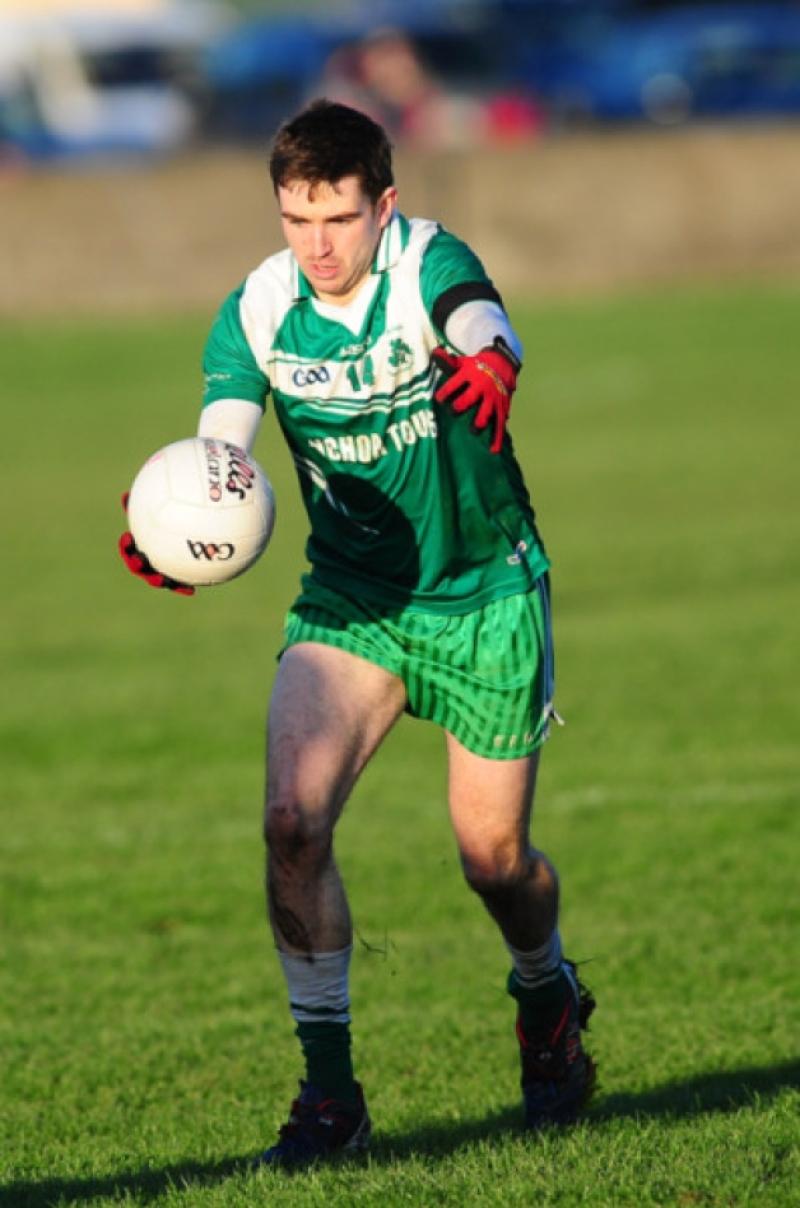 St Patrick’s have completed an unbeaten run though senior football’s championship and main league, beating Dreadnots in the final of the Cardinal O’Donnell Cup. There were 18 games in all, 13 of them in the points competition.

St Patrick’s have completed an unbeaten run though senior football’s championship and main league, beating Dreadnots in the final of the Cardinal O’Donnell Cup. There were 18 games in all, 13 of them in the points competition.

The records may show that it’s been done before, but Pat’s can claim to have completed it under difficult circumstances. There’s been a cloud hanging over Pairc Eamoin since the final of the knock-out; but calling on all the reserves available to them, the team coached by the astute Fergal Reel emerged from under it to win their two remaining matches in their 11-round programme, and after that the semi-final and, on Sunday, the decider, played at Clan na Gael Park.

Interestingly, the last team to beat Pat’s in the league was the one that goes in search of the Leinster IFC title on Sunday next. The 2013 competition had just begun when the green-and-whites fell foul of Sean O’Mahony’s, the game taking place at what’s affectionately become known as the San Siro.

Colin Kelly was in charge of the Dreadnots team for the last time on Sunday before concentrating on his new job as Louth senior team boss, and how he must regret Paddy Keenan’s recent decision to quit the county team.

Keenan was, as nearly always, immense for the champions, shipping several hefty tackles but still able to win more in the air than anyone else and also contribute to the scoreboard. In front of him, wearing the Pat’s No 14 jersey, was one who will be available to Kelly. Should he be called on, the hope is that Danny O’Connor will be given greater recognition than he was when last making the county set-up.

Sprung from the bench, O’Connor grabbed the late goal that gave Louth an All-Ireland qualifier win over Westmeath at Navan a few seasons ago; but for a reason best known to those who were picking the team at the time, he never figured after that.

Pat’s will be happy to put the jerseys away after this bittersweet season, but, as they see it, there’s still important work to be done, and that centres on keeping Fergal Reel at the helm. It’s four years since the Silverbridge man has come about Lordship, and in that time he’s overseen three championship and as many O’Donnell Cup wins, helped by Jim Holland and John Noonan

That’s a record to match the very best, and it’s easy to understand why Pat’s would want Reel to continue.