A handshake from Jimmy Barry  Murphy lifts the Tubbercurry gloom 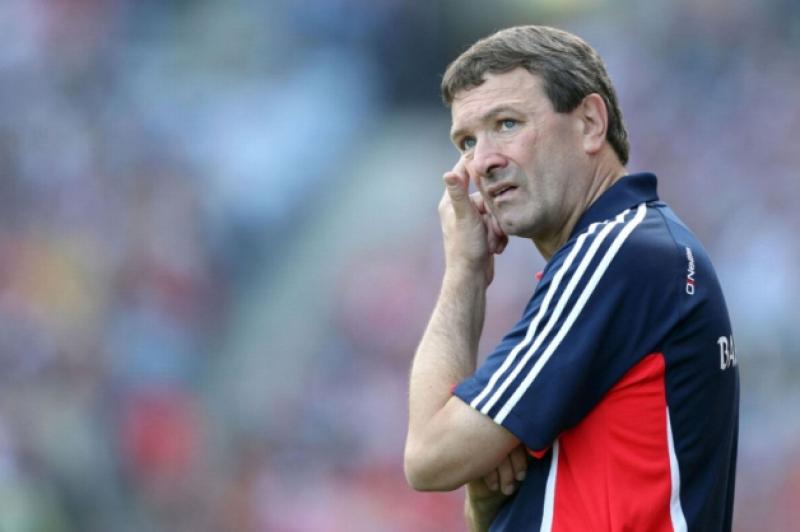 No surprise that it should have been at a coursing meeting where I recently met one of my sporting heroes.

No surprise that it should have been at a coursing meeting where I recently met one of my sporting heroes.

I’ve long been one of this most ancient of sport’s practitioners as well as followers, the local meeting, at the time run in the Dowdallshill field that is now partly covered by a greyhound track and surrounded by horse circuit, being the first I attended as far back as the late 1950s

I’m not too sure how long Jimmy Barry-Murphy has been involved in what’s called the winter game. Maybe not as long as me; for one thing, I’m older than him. But this outstanding hurler and footballer in a playing career that brought him countless honours and today a successful manager has long been a follower of the longtails, especially those that ply their trade on the track.

Know The Code is the name of the courser I bought at the beginning of last year in the hope she’d win a trial stake, thus giving me a stab at the Oaks, one of the feature events at Clonmel’s national meeting coming up the weekend after next. No joy in her first outing at Castletown-Geoghegan, deep in the heart of County Westmeath, and it was the same at The Commons, Dromiskin, over the Christmas period.

The Ballymena meeting, which has been run at Tubbercurry since coursing was banned in the United Kingdom, had KTC booked into the Last Chance Saloon. The same with Killing Time, Barry-Murphy’s impressive-looker, trained in Tipperary by Michael O’Donovan, this lad had four previous outings.

Know The Code led out of slips and was a couple of lengths in front in her first course, but, as before, lost sight of the quarry and was eliminated. The ad for Specsavers came to mind, but just as well no-one mentioned it to me; I was like a spittin’ divil coming off the field.

The mood changed when I was introduced to JBM. I congratulated him on the part his Cork team had played in making last year’s All-Ireland final such a memorable occasion, and wished him the best of luck with his greyhound, by then through to the Derby trial stake semi-finals. Had the conversation gone on a little longer I’d have commended him on the way he had handled himself along the line during and after the two games needed to decide the September epic.

However, while I wished the Corkman well, my loyalties lay elsewhere. See, also through to the last four was a dog owned and trained by my travelling companion and first-cousin, Mickey Heeney. Dimora Bolsone, desperately unlucky not to qualify for Clonmel at the Rathdowney meeting, when he had to withdraw from the final, injured, was, like most others running at the meeting, taking a final shot at redemption.

Meanwhile, Killing Time did enough in his course to also make the final. I know, county loyalty and all that should have had me on Blueview’s side, but this was a course I wanted the Cork dog to win.

He didn’t. In another final in which JBM got edged out by the narrowest of margins, Blueview Barney ran a blinder, as indeed did Killing Time, and soon after the meeting the ultra-shrewd Collins, unlucky not to win the Derby a couple of seasons ago with Blueview Sam, was made an offer to sell his dog which he simply couldn’t refuse.

Barry-Murphy’s not the only manager with a leaning towards coursing. Cyril Farrell and Anthony Daly had runners at Loughrea early in the season, the first-named’s dog carrying the name of Short Puck Out, which may or may not have been part of his strategy in his days looking after the Galway team.

Mickey Heeney may have had no joy with his trail stake runners this season, but he’ll still be taking a runner to Clonmel. His Greyacre Star, named after the road close to his Newtownbalregan home where he often exercises his charges, has qualified for the Champion Stakes following wins in all-aged stakes at Regional, Co Limerick, and Borris-on-Ossory, Co Laois. I hope to be there to see the fawn run.