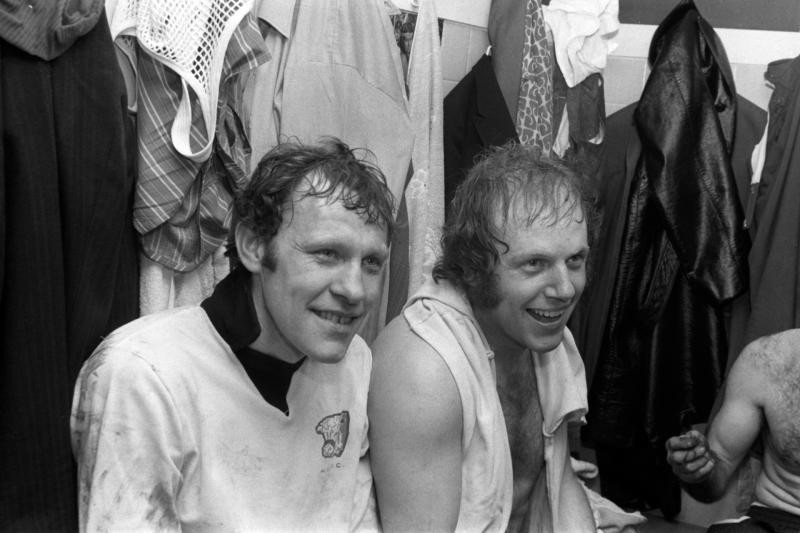 Ronnie Radford claimed one of the great Cup goals, his 35-yarder on a muddy Edgar Street pitch giving Willie McFaul no chance.

Just as the competition itself is losing its appeal, the shock results the FA Cup sometimes throws up are not commanding the headlines they once did. The leagues are now what count most, and for the bigger clubs, Europe is where their eyes are trained. But it wasn’t always like that.

Winning the Wembley showpiece was only marginally lower in prestige than finishing top in the points competition, and except for an exceptional period in the second half on the 1970s leading into the ’80s, wins in the continent’s biggest competition only came sporadically.

And the knockout’s greatest shocks? Greybeards, like the one writing this page, can recall the hype that surrounded Hereford winning the battle of the Uniteds with Malcolm Macdonald’s Newcastle in a 1972 third round tie.

If the non-leaguers holding the Magpies to a draw in St. James’s Park was a surprise, their win in the thrice-postponed replay was sensational enough to take the Northern Troubles and Vietnam War off the front pages. Macdonald scored first, but within minutes Ronnie Radford claimed one of the great Cup goals, his 35-yarder on a muddy Edgar Street pitch giving Willie McFaul no chance.

As per rule at the time, each team could have only one reserve, and whether it was player-manager, Colin Addison, or his man on the sideline who decided, Hereford’s 12th man, Ricky George, was given the nod. Ricky’s fresh legs helped him do the trick – his 103rd min- ute goal deciding the issue.

Leeds United supporters of the veteran variety that I know – and there are a few of them around the Gaels club – are still pained by the memory of their side’s 1-0 defeat to 12/1 outsiders Sunderland in the final which took place the year after Hereford dumped out Newcastle. Porterfield got the only goal, and manager Bob Stokoe, resplendent in his trilby, did an onfield dash at the final whistle that wasn’t matched until the widely-travelled Barry Fry took off down the sideline in celebration of his many sides’ goals.

The writer who penned Hereford’s win as “the greatest giant-killing act of all time” was odds-on not to have been around when Walsall beat Arsenal 2-0 in another third-round tie, this one taking place on this day, January 14, 1933. Had he been – and I’d bet odds-on it was a ‘he’ – he might have gone with ‘the second-greatest’.

This was at a time when the Gunners had a team the equal – if not better than – of the one pieced together by Wenger and boasting players such as Henry, Bergkamp, Adams and Seaman. They had won the Cup in 1931, the league the following year, and in ’32 finished runners-up in both competitions. When they travelled to Fellows Park they were top of the league table, having scored seven, eight and nine goals in three of their matches. In contrast, Walsall were 10th in the northern section of Division Three, and that was what you would call low in the pecking order.

Herbert Chapman was Arsenal manager, and he did a Jurgen Klopp, giving most of his first-team players a rest. Not among them, however, was the League’s first €10,000 footballer, David Jack.

But unlike the smiling, bespectacled Jurgen at Anfield on Sunday week last, when one of the ‘boys’ borrowed from the manual to score high in the corner of the net, Herbert failed in his gamble. Walsall won 2-0, and while Arsenal took the league that year – and three times more before the 1930s ended – they were the target of serious ridicule in north London and beyond for a long time after.