INSIDE TRACK | Too often it's been a story of heartbreak, but Lady Luck smiled on Louth in yesterday's win over Wexford 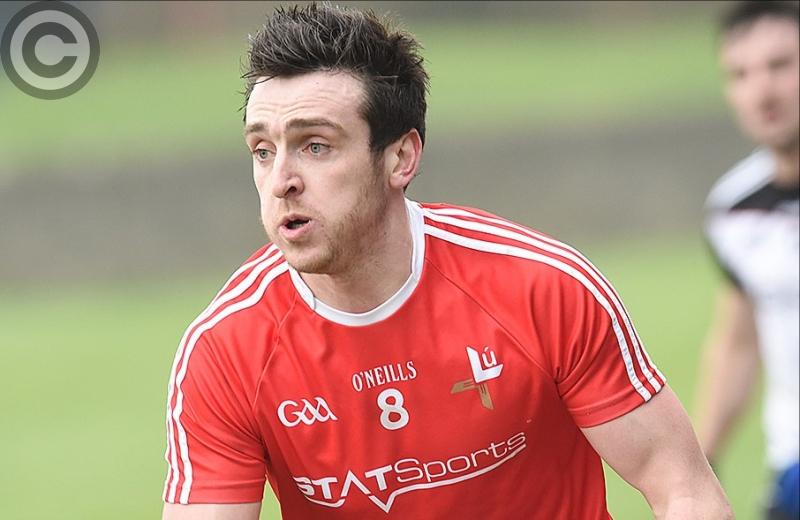 Anthony Williams, Tommy Durnin (above), Conall McKeever and Andy McDonnell were good, James Califf and Declan Byrne unlucky not to have seen the game out.

All too often Louth people have come away from some of their team’s championship meetings weeping, not to mention gnashing their teeth. There could have been a robbery or a piece of dreadful misfortune - supporters would wonder if there was ever going to be a change for the better.

A smile from Lady Luck at last, coming in Sunday’s senior provincial first-round meeting with Wexford. “Let’s take it,” said a staunch supporter from Knockbridge. And he added: “Too often we’ve seen it the other way.”

What he and most others had in mind was the free Wexford earned but weren’t given as the game drifted well inside the final quarter. Trailing by two points with 10 minutes remaining and manager, Wayne Kierans, throwing more dices than you’d see in a Las Vegas casino, it appeared to all at Wexford Park that Louth had just presented the home side with a gilt-edged chance of going further ahead.

James Craven would have had nothing to complain about had he been penalised for knocking Wexford forward, John Tubritt, to the ground about 30 yards from Fergal Sheekey’s goals. Tipperary referee, Derek O’Mahony, saw nothing wrong, however - play was allowed to continue. The ball was swept upfield and in a move that would be replicated many times more in the last 10 minutes, Louth claimed a 15th point. So instead of almost certainly going three down, Louth were right on Wexford’s shoulder.

What happened after that had Louth written all over it. The sideline moves, most of them centred on the forward-line, paid instant dividends, scores coming from almost every attack. Legs began to run faster and tackles were put in with some venom. And at the end of it all there was a scarcely believable five points between the sides, the scoreboard reading 0-22 to 1-14. Louth celebrated, Wexford were stunned. It was a result few could have predicted with the game deep into the second half.

Some facts. The 22 points was a Louth team’s biggest championship tally since the 2010 team’s 1-22 against Kildare at Navan, and the first win over Wexford in the competition in 39 years.

And the prize for winning? A place in the other corner when Dublin come out fighting in defence of their Leinster and All-Ireland crowns next Saturday week. O’Moore Park is the venue, and whereas Wexford Park played host to no more than about 1,500 on Sunday last, the Portlaoise venue’s capacity of 25,000-plus could be tested. Whatever about the Dubs coming out in strength, the Louth team should get - and deserve - a stronger backing for their second outing.

Louth needed luck to win on Sunday, but it still wasn’t a performance without some merit. Wexford, while more direct in their advances on goal, were kept in check on the scoreboard throughout, and maybe had Sam Mulroy and Jim McEneaney been better around the goals - the latter’s missed chances included one from the penalty spot - there might have been no need to rely on the ref’s crucial late call. Anthony Williams, Tommy Durnin, Conall McKeever and Andy McDonnell were good, James Califf and Declan Byrne unlucky not to have seen the game out.