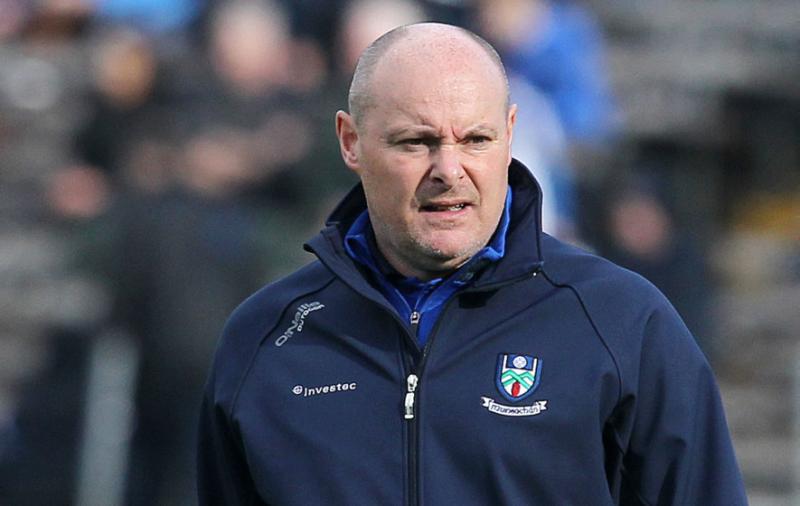 The man from Aughnacloy was happy Tyrone won, but, he quickly added, “I wouldn’t have minded had it gone to extra-time, or even a replay”.

He was echoing the sentiments of many, neutrals in particular, as he made his way out of Croke Park after last weekend’s second All-Ireland football semi-final programme. Tyrone maybe just about deserved to win, setting themselves up a meeting with Saturday’s winners, the accumulator-seeking Dublin, on Sunday fortnight; but on the day when Farney history was made, two of the county’s representatives together searching for a place on Gaelic football’s biggest stage, Malachy O’Rourke’s team came oh so close to staying in the competition.

And it was much the same for the minors. Peering at what would at best be an honourable defeat, trailing Kerry by eight points, the Monaghan tyros staged a tremendous late comeback to get on terms. It all counted for nought, however. Kerry, hoping to go one better than the Dubs seniors by winning five successive titles, grabbed a couple of late scores, and that decided it.

Monaghan seniors will have many regrets - and some questions to ask. As they chased the equalising point having brilliantly faced up to the concession of the game’s only goal at a crucial stage, they seemed to be in for a close-in free. T h at’s what referee Anthony Nolan appeared to indicate and what Monaghan deserved; but the Wicklow official waved play on, and it was soon after that when he blew the whistle for the last time.

But had Monaghan made wiser choices in a few passages of play prior to that, the loss of the free might not have been a factor. Shots were tried from distance when there were better options available, and as he made one of his many outfield sallies, goalkeeper Rory Beggan was just a little too adventurous with an attempted pass.

Defeat brings to an end a brilliant championship run, arguably the best the county has had in the 88 years since the 1930 All-Ireland final. There was no provincial title win along the way, but a wonderful odyssey, incorporating the qualifiers and the new Super-8s. That Clones mugging by Kerry in the latter series would have derailed many a team, but within a fortnight O’Rourke had his charges primed once again, ready and able to face down a not inconsiderable Galway challenge.

There’s reason for optimism in Monaghan. It’s inevitable some of the current panel will step back, but whoever’s tasked with finding replacements - if you were to take a poll among the many thousands who made their way to Dublin on Sunday in blue-and-white, Malachy O’Rourke would be the choice to continue - might not have to look too far.

Can Tyrone rattle Dublin’s cage in the final? They certainly can, but beating the warm favourites is another question altogether. Though this hasn’t been the champions’ best campaign, they still have daylight between themselves and the others, and it will take Mickey Harte at his wiliest to come up with a winning formula.

But what a job Harte has done to beat a fourth path to the final, the other three having led to glory. This present squad is his second invention, and like the team of 2008 it has taken a circuitous route to the final. Sunday’s game was the Red Hands’ eighth in 10 weeks, and as the man from Aughnacloy also said, he has worn his supporters’ hat 20 times following the team this year since the first round of the McKenna Cup.

Keeping a team sweet, never mind fit, for that length of time takes some doing.