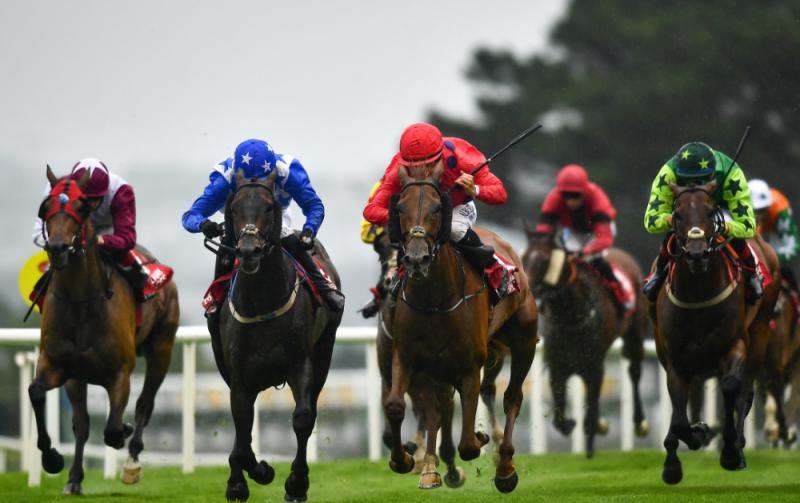 A fabulous week of action begins at Ballybrit this evening with a competitive seven-race card for punters to enjoy as the seven-day Galway Festival begins in earnest. PIC: Sportsfile

A fabulous week of action begins at Ballybrit this evening with a competitive seven-race card for punters to enjoy as the seven-day Galway Festival begins in earnest.

The action gets underway at 5.10pm and concludes at 8.20pm. The going is Good to Yielding on the Jumps course and Yielding on the Flat course with light rain forecast throughout the day. You can find the latest odds at Boylesports

The opening event of the meeting, the two-mile novice hurdle at 2.10pm features the ultra-progressive HMS Seahorse. Paul Nolan’s charge was fourth in the Boodles Juvenile Handicap Hurdle at the Cheltenham Festival and filled third in a competitive Grade One at the Punchestown Festival. He has since impressively won back on the Flat at the Curragh last month, but has his sets returned to hurdles for this event. He should take plenty of beating and is taken to get the better of As Tears Go who blotted his copybook in the Land Rover bumper at Punchestown when well-beaten, before making a winning debut over hurdles at Sligo earlier this month.

€32,000 purchase Razdan was third on his only previous run over hurdles at Ballinrobe in September and is another to note along with Goath Chuil who deservedly opened his mark in a bumper at Tipperary last month and is clearly open to more improvement.

Elsewhere on the card, the seven-furlong maiden at 6.10pm features Tiverton who filled second on his debut. The form of that race has worked out well with the winner going on to taste Group-race success and he is therefore one to note along with Pivotal Trigger for the Irish Oaks winning combination of Jessica Harrington, Shane Foley and Zhang Yuesheng. Third at Tipperary on his latest start, he is respected along Aidan O’Brien’s debutant Cairo who is from the family on Group scorer Gustav Klimt.

The highlight on is the €110,000 Handicap at 6.40pm over two miles and one furlong. Willie Mullins has a very strong hand in the race, which is headed by Echoes In Rain. Second to the mighty Honeysuckle in the Punchestown Champion Hurdle, she was second back on the Flat at the Curragh last time out and she does look tailor made for this event. Farout returned to the Flat with a solid fifth at Leopardstown in May and is also considered for Mullins.

The master of Cloustton’s most fascinating runner however looks to be Lot Of Joy. Winner of the Swedish St Leger in November at Jagersro, the four-year-old daughter of Camelot has subsequently been sold to Mullins for €165,000. A half-sister to Irish St Leger hero Sonnyboyliston, she clearly looks the part on breeding and it will be fascinating to see how she gets on in this race on her Irish debut, given she could be extremely well handicapped off a mark of 92 in this event.