RACING: Your guide to Saturday’s Irish Derby action at the Curragh 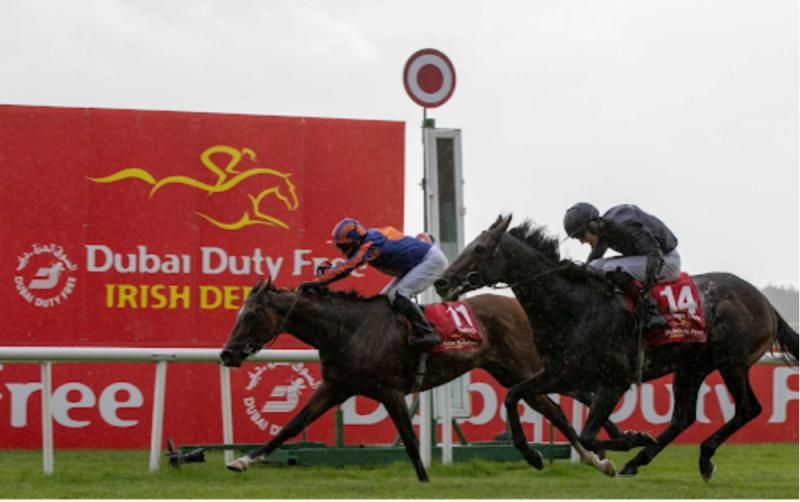 The Irish Derby is one of the jewels in the crown of the Irish Racing Flat calendar and this year’s contest again looks a fascinating event with eight runners going to post for the €1 million event.

The Irish Derby is one of the jewels in the crown of the Irish Racing Flat calendar and this year’s contest again looks a fascinating event with eight runners going to post for the €1 million event.

The race, live at 3.45pm, forms part of an excellent eight-race card which gets underway at 1.25pm and concludes at 5.25pm. We have previewed the pick of the action and you can find the best odds at BonusCodeBets

The feature Dubai Duty Free Irish Derby takes centre-stage at 3.45pm and Tuesday is the current 11/8 favourite for Aidan O’Brien who chases a 15th win in the contest. Successful in the Irish Oaks last time out, she bids to become the first filly this century to land the contest. Ryan Moore takes the ride on the three-year-old who also benefits from the fillies’ weight allowance.

Westover is one of two British runners and he looks the most serious challenger at 7/4 for Ralph Beckett and Colin Keane. He caught the eye in the Derby when consistently denied a clear run, before powering home to fill third. He is clearly open to any amount of improvement and has to be respected, along with fellow British raider Lionel who looked all about stamina when scoring by a neck in the Listed Cocked Hat Stakes at Goodwood in May. He would prefer a sounder surface, but he rates as a serious player.

Piz Badile is another fascinating runner having won the Ballysax at Leopardstown in April, before trailing home 12th at Epsom in the Derby when he plainly failed to handle the track. He remains a fascinating contender, along with Hannibal Barca who made a winning debut for Joseph O’Brien at the Curragh in Group company in May.

The field is completed by Glory Daze who was 14th in the Derby, Leopardstown Derby Trial third French Claim and 2000 Guineas also-ran Boundless Ocean.

Saturday’s card also features the G2 Railway Stakes at 3.05pm. Shartash created a good impression when winning at Naas last time out, defeating fellow runner Age Of Kings in the process. Crispy Cat is another fascinating runner having filled third in the Norfolk at Royal Ascot when being denied a clear run. However, preference is for Blackbeard. He won his first three starts in Ireland, including when beating Cripsy Cat in a Listed event at the Curragh and he shaped with plenty of promise when fourth in the Coventry Stakes. He remains open to more progression going forward and gets the vote here.

Amongst the rest of the card, the Listed Celebration Stakes at 2.35pm includes the likes of Pretreville and Raadobarg, whilst Confident Star is a fascinating runner on seasonal reappearance. The G3 International Stakes (4.20pm) is also an interesting event in which Dule De Sessa could regain the winning thread at the main expense of Rumbles Of Thunder who won a Listed event at Gowran Park on her latest start.