THE PUNTER'S EYE: Four horses worth a bet on New Year's Day 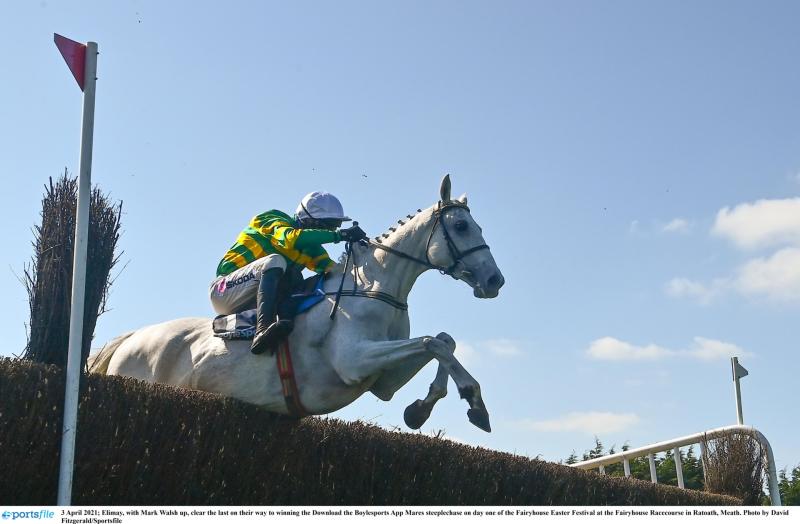 THE PUNTER'S EYE: Four horses worth a bet on New Year's Day

This is a decent race with plenty of potential winners so I've gone for some eachway value in KAUTO RIKO (14/1) who ran well last time out. Despite not getting his head in front since 2018, this one is on a good mark considering he beat the 145-rated Jett into third place at Doncaster. He meets Coole Cody (second favourite) on better terms than in November 2020 when he was just over four lengths in arrears. The price is attractive and his last run was encouraging, pushing winner Two For Gold all the way to the line.

ELIMAY (7/4) was a fantastic asset to the Willie Mullins stable last term and can get back on track after a rare poor effort last time out now at a track she likes. She won at Fairyhouse last April with the reopposing Mount Ida back in third. Last month's flop at Aintree is a bit of a concern but the feeling is she can bounce back here. Put The Kettle On could be the biggest danger. She has always been underestimated despite being a Champion Chase winner at Cheltenham.

Willie Mullins is not sending STORMY IRELAND (13/2) across the water for a workout and she can take advantage of a weight allowance to see off her rivals. She was firmly put in her place by Honeysuckle last time out but she has won twice this year, including a seven-length demolition of the talented Minella Melody and Concertista. Mullins has been having a good time of it lately and can hopefully spring a minor shock with this one.

JUNGLE BOOGIE (11/8) is the fascinating one here for Willie Mullins. He notably skipped a possible Cheltenham tilt with this one over hurdles last March with a keen eye on a chasing campaign. The trainer said this horse would probably be better over fences after he won by 30 lengths over hurdles last February so this chase debut will be keenly watched. He hasn't been seen since that day at Punchestown but if he gets his head in front he will have won on NH flat, hurling and chase debuts and could herald a bright future.