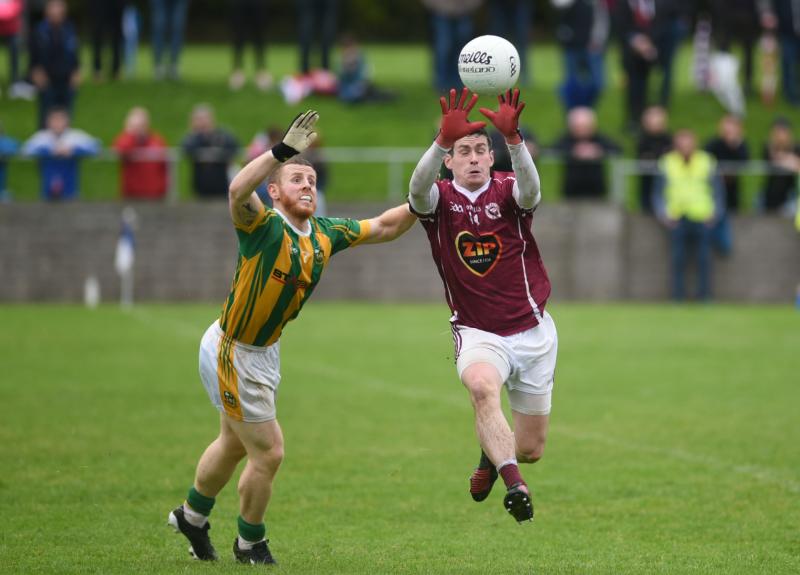 O’Connells retained their intermediate championship status with a dramatic penalty shootout win after the sides could not be separated over 80 minutes of football.

The Plunketts got off to a flyer when corner forward Sean Callaghan had the ball in the net on their first attack from the throw in. Cian O’Dwyer got the O’Connells on the board with a point and Robert Quigley landed another a couple of minutes later. A brace of points from Niall Conlon one of which was a free put the Bellingham side in front for the first time after 15 minutes.

Cian Matthews landed the equalizer but Quigley put the O’Connells back in front 0-5 to 0-4. Two points from Callaghan put his side ahead again and Shaun Smith put the Mell side two up with a minute to go in the half. A Conlon free reduced the margin to one but an injury time score from Stephen Keeley saw the Drogheda side lead by two at the break 1-5 to 0-6 and had it not been for some wayward shooting in this half they could have been further ahead.

The second half nearly started the same way as the first for the Plunketts put this time they hit the post. Quigley got the first point of the second half from a free to reduce the margin to one and a minute later the Drogheda side were down to 14 for the next ten minutes when Robbie Brodigan received a black card.

However, a point from Conor Haggins returned their two-point margin. Another point from Quigley made it a one-point game again and a minute later the Plunketts were down to 13 players after full back David McTaggert was show a straight red card after the referee consulted with his linesman about a tackle in the corner of the field.

The full time whistle sounded with the sides level 0-11 to 1-8 and we were set for extra time. Conlon got the first point of the extra time but Callaghan got the equalizer to take his tally for the night to 1-4. Conlon got his sixth point of the game just before half time in extra time to give his side a one point lead at the break 0-13 to 1-9. It was frantic stuff, and it was seven minutes into the second period of extra time before the next score arrived from Quigley that put the Bellingham side two in front and looked to have won the game.

But the Plunketts made it a one point game after a point from Early and right on the 20 minute mark they got their equalizer from Niall Murtagh. Both Teams had chances to win the game but both long range efforts went wide of the post and it was down to the lottery of a penalty shootout to decide who would remain in the intermediate championship for 2023.

The next four spot kicks were scored from Sean Brassil and Stephen Keeley for the Plunketts and Bernard Osbourn and Cian Doyle for O’Connells. Now it was sudden death and Callaghan had his kick saved by keeper John McLoughlin but Agnew also had his kick saved by the goalkeeper Stephen Beirth.

Both sides scored the next four penalties and it was set for another round of five. Callaghan was first up again but again O’Connells keeper McLoughlin saved his kick. Niall Conlon stepped up next which was a change in the order of takers for the O’Connells and he scored to keep his team in the intermediate championship for 2023.