Joe Carroll: Geraldines’ clash with St Fechin’s in the Louth Championship was worth waiting for 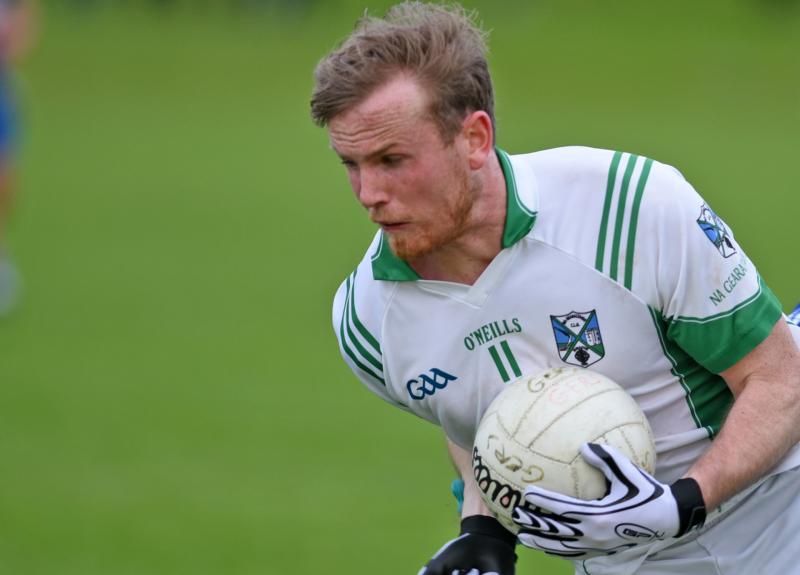 It’s a cliché, I know, but on a memorable weekend of Louth championship football, the best wine was certainly kept until the last.

Twelve games were planned over the three main grades, but due to the lamented death of former footballer, Aidan Sheridan, the junior tie between Aidan’s club, Glyde Rangers, and Lannleire was called off and will be played tonight.

Last up on Sunday night was the senior meeting of Geraldines and St Fechin’s, and what the big crowd at Stabannon’s beautifully-groomed grounds witnessed was a game that had more twists and turns than the best of Agatha Christie’s novels.

It went to extra-time after Gers had stayed in the contest with the help of a last-minute goal. If anyone thought the McGeough Park side couldn’t do the same again they were sadly mistaken.

When it seemed Fechin’s had done enough, overcoming the loss of the injured county player, Bevan Duffy – who had dictated matters for his hour on the field – to show two points in front with the 20 minutes of additional time almost up, Gers mounted one last attack.

After the Fechin’s goalie had made a brilliant stop, Conor Rafferty followed up to lash the ball to the back of the net. It was a dramatic finish to a high-scoring, incident-packed game, the best of the season so far.

Gers’ reward is a semi-final meeting with Newtown Blues, who made it to the last four with probably the easiest win experienced by any of the competition’s big three. St Joseph’s were game in their bid to stop the champions of three years ago, but in the end were six points adrift.

The other two leading fancies, Naomh Mairtin and St Mary’s, got the expected wins over St Patrick’s and St Bride’s, respectively, but neither was overly impressive, especially the champions.

Mairtin’s scraped a one-point win over the team their manager, Fergal Reel, once had charge of, and were more than a little lucky that a contentious decision went their way with time almost up.

When many at The Grove were sure a free for Pat’s was coming up, the referee pointed the other way. Their long-kicking goalie, Martin McEneaney, might have come up with the equaliser.

Mary’s, making a rare visit to Clan na Gael Park, were made to work hard by St Bride’s. And now they come face to face with the team that beat them in the final two years ago.

A Mary’s/Mairtin’s clash was seen by many as the dream final, but it’s not going to happen. One will be in the role of onlooker a fortnight from next Sunday.

Whichever side wins tonight’s meeting of Lannleire and Glyde will be out against Wolfe Tones in the junior semi-final, with Stabannon Parnells and their neighbours, Naomh Fionnbarra, meeting in the other qualifier. It’s as open as it was before the quarter-final draw was made.

The intermediate is as difficult to predict. Cooley Kickhams, striving to make up for last year’s defeat in the final, took full advantage of their quarter-final opponents, Sean O’Mahony’s being reduced to 14 just before half-time, are drawn against Hunterstown Rovers, which leaves St Kevin’s playing Roche Emmets in the other semi-final.

If colleague, Caoimhin Reilly, predicts Kevin’s to win, have a wee punt on his Roche side coming out on top. I’m not sure, but this could be a strategy to lure the opposition into some sort of a comfort zone, maybe hoping they will get too comfortable. Every time he previews a Roche match, he tips the opposition to win.

To finish this piece, a correction.

It was said here last week that Huntertown Rovers hadn’t made their pitch available for championship matches. This is not the case. Club official and former Co Board officer, Sean McClean, has said that Pairc Baile Fiach is presently undergoing remedial work and this is the reason why there have been no matches there.