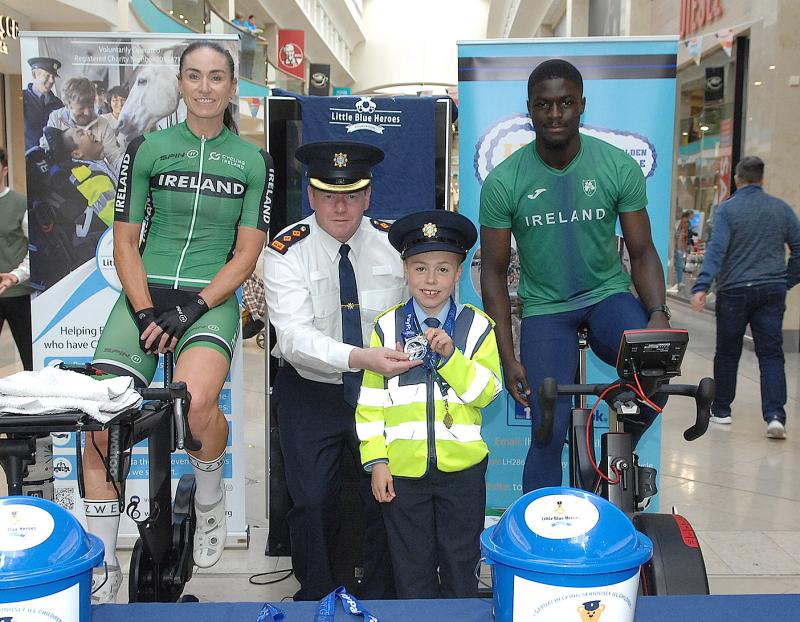 Tony lived locally with his family in Blackrock. Garda Golden was tragically killed in the line of duty on 11 October 2015 while attending a call.

He was 36 years old at the time of his death. Funds raised this year will go to the Little Blue Heroes Foundation, a not-for-profit charity operated entirely by volunteers made up of Garda members/staff, retired Garda members, their families, friends and civic minded people from communities.

It aims to help families in need from local communities in Ireland who have children undergoing long-term medical treatment for serious illness.

This year's Cycle will once again be a virtual challenge with a One Day Sportive on the Final Day.

To coincide with the 100 year anniversary of the Gardai the challenge this time, is for all participants together to attempt to cycle one kilometre for every member of An Garda Síochána, Garda Reserve and Garda staff that have served the state since 1922 - a combined total of 44,288 kilometres.

The challenge is designed for cyclists of all abilities to contribute whatever distances they want to help complete this year's challenge of 44,288 kilometres over the eight days of the challenge.

Events will culminate in a cycle this Saturday with participants able to choose between a 50km or 100km fully marshalled route with both cycles starting at PayPal.