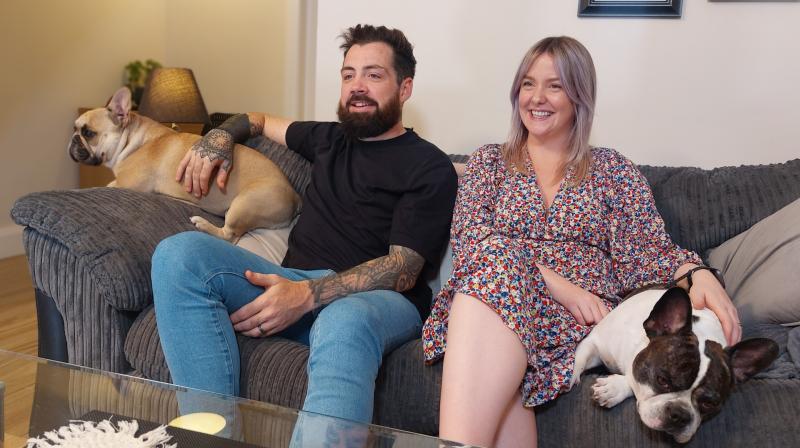 A Dundalk family join Ireland’s most opinionated TV critics as the new series of ‘Gogglebox Ireland’ continues on Virgin Media One tonight.

Viewers will get to meet the Reilly’s, Sarah and David, in their home in Dundalk, Co. Louth alongside their two French bull-dogs, Tammy and Swanson on the show tonight, Wednesday September 14th.

The couple from Dundalk will dissect this week’s most talked about TV shows, including the news about the queen, Garth Brooks and those necklaces on Ireland AM.

Fans of the show will recognise David from his time sitting between two fellow Louth lads.

Sarah loves true-crime and drama series’ while David is still obsessed with David Attenborough, but also a fan of the Office and Parks and Recreation.