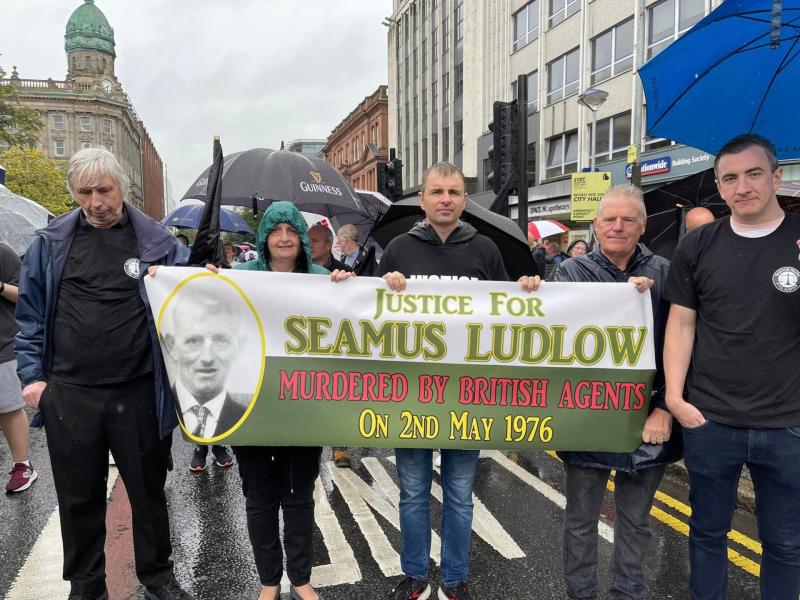 The family of Dundalk man, Seamus Ludlow, who was killed outside the town in 1976, joined dozens of other families and hundreds of supporters at a Time for Truth rally in Belfast on Sunday.

The Ludlow family, who have been campaigning for over 40 years for the truth about his death to be known, were joined on the Time for Truth march by Dundalk TD Ruairí Ó Murchú.

The rally organisers wanted to bring attention to the British government’s Legacy Bill which is going through the next stage of parliament shortly.

The Sinn Féin TD said he was honoured to join the Ludlow family at the rally.

He claimed Mr Ludlow was the victim of “British government actions” with “huge levels of collusion and direct actions of the British state” involved in his killing and those of hundreds of others.

Deputy Ó Murchú said: “We are standing against the British government’s Bill of Shame and standing in solidarity with families who have suffered from the actions of British state forces.

“These families, like the Ludlows, have been denied truth and justice.

“These families will continue to strive for this; they will not stand idly by.

“They will continue to demand truth and justice for their loved ones.

“What the British government is doing with this legacy bill is not good enough, it is not acceptable and we will stand firm against it.”