Inside Track: There could be a frosty atmosphere at Wentworth this week 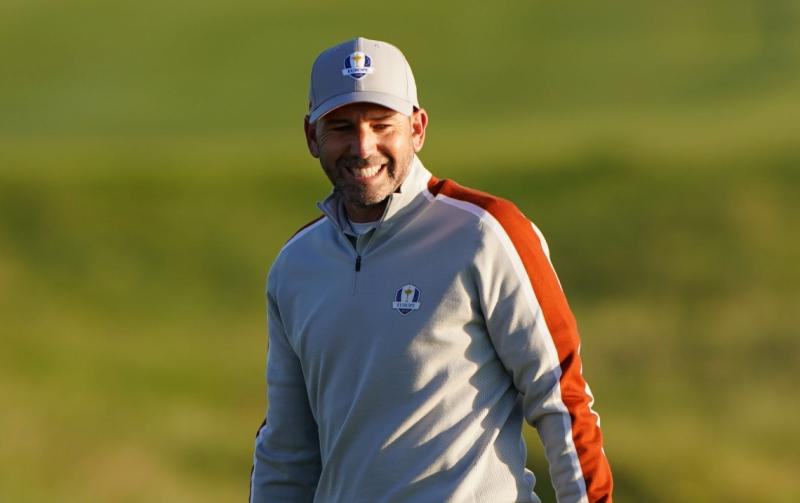 Sergio Garcia, one of the LIV Tour rebels teeing it up at Wentworth this week

Golf had its Battle Of Brookline in 1999 – this week the game might have to deal with the War At Wentworth. Some of the protagonists from 23 years ago could again be involved, maybe this time facing some of their one-time colleagues.

Brookline, said to be the oldest country club in the USA, is in Massachusetts. It was there where the Ryder Cup was played 23 years ago. Ben Crenshaw had charge of the United States team, while Mark James captained Europe.

Europe was on to a treble having won at Valderrama in Spain in ’97 and Oak Hill two years before that, just one point separating the sides each time.

It looked good for the visitors when they led going into the final day singles by 10-6. The Americans, however, weren’t going to go down without a fight, and as their comeback gained momentum, those looking on became louder and more raucous.

And it wasn’t only the continued shouts of the idiotic “Get in the hole”, even when the players were driving off; abuse was hurled at the Europeans as every vestige of etiquette was thrown to the wind by the partisan home following.

It reached a crescendo as the final game between the home side’s Justin Leonard and Jose Maria Olazabal came to the last few holes. By then, the US, having won the first six singles, were in front.

Their forward charge had been temporarily halted with wins for Padraig Harrington – playing in his first Ryder Cup – Paul Lawrie and Colin Montgomerie, but all they needed was a half from Leonard’s game.

That didn’t look likely when Oalazabal led by four with seven holes remaining. But just as his team had squandered a sizeable lead, the Spaniard found himself only on level terms going to the 17th.

By now the crowd was in a frenzy, and when Leonard holed a 40ft putt, the morons looking on were joined in their high jinks by Leonard’s colleagues, their wives, caddies, and just about everyone who wasn’t in the Europe corner. Golf courses have their sanctified sods; Brookline’s, the one with the 17th flag in the middle of it, was invaded.

Order was eventually restored to allow Olazabal the chance rescue the hole by landing a 25-footer; when he missed, it all began again. Olazabal won the final hole to level the match, but it wasn’t enough to prevent the Yanks from taking the title for the first time in six years.

Sam Torrance, the visiting team’s vice-captain, said what happened was “graceful and disgusting”, while the distinguished writer, Alastair Cooke, said we had seen “the arrival of the golf hooligan”. Some of them haven’t gone away.

Such scenes are unlikely to be repeated at Wentworth where the leading European event, the BMW PGA Championship, is being staged, but there still could be hostility, as much among the competitors as those looking on.

This is one of the first major tournaments in which members of the breakaway LIV Golf Series are being allowed to compete against those on the World Tour.

And as two of the most prominent members of the latter have been strident, almost venomous, in their opposition to the new set-up, if there are handshakes, they’re sure to be of a very frosty nature.

Rory McIlroy made his feelings known after he’d won the Fedex Cup the weekend before last, and before that Tiger Woods, having turned down a reported $500m to sign up, also voiced his opposition to LIV.

Picture the scene, McIlroy and, say, Sergio Garcia – a member of that 1999 Europe side at Brookline – being called to the first tee together. Or, better – or maybe worse – the two of them vying for the title on the last green.

Defeats and victories are usually well taken in the game, at least publicly, with handshakes and hugs all round. This could be different.