Inside Track: Paddy presents trophy named after his grandad 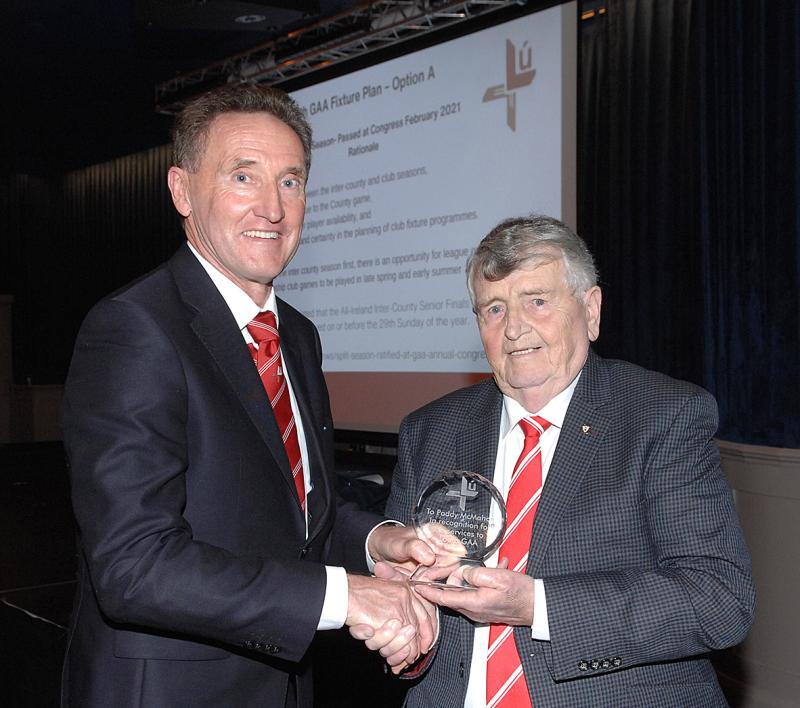 Of all the tasks Paddy McMahon has carried out since getting involved in County Board affairs, the one that has probably given him most satisfaction was enacted recently at the Sean O’Mahony’s pitch.

The final of the under-17 league between Dundalk Gaels and St Joseph’s was down for the decision at the grounds known by some as the San Siro, and on offer was the Andy Rogers Cup, a trophy that’s been competed for over a long number of years.

It commemorates a great Sean O’Mahony’s clubman of many years ago. Among Andy Rogers’ many achievements was refereeing the 1929 Louth senior final in which Drogheda’s Wolfe Tones defeated O’Connells, from Castlebellingham. He was also County Board vice-chairman for a time in the 1930s.

Andy was Paddy McMahon’s grandfather, and in recognition of this and 2022 marking his 60th year associated with the O’Mahony’s club, Paddy was asked by Minor Board chairman, Kevin Gordon, to make the presentation.

Given that he wore their colours for a time before O’Mahony’s were re-formed, in the 1960s, Paddy might not have been displeased with having to hand over the trophy to a Gaelsman, Liam O’Connor, whose team had to withstand a strong St Joseph’s comeback before running out the 1-14 to 1-10 winners.

Paddy, however, is better known for the number of the county’s GAA units he’s given outstanding service to, not least the O’Mahony’s. He’s a redoubtable fundraiser and has been the main organiser of the Quay club’s annual golf classic for the past 25 years.

At County Board level, Paddy McMahon served as chairman and Central Council representative, and in recognition for his work over the years was named an Honorary President, joining a list which includes two other former chairmen, Peter Brannigan and Frank Lynch.

He remains as enthusiastic as ever in his work for club and county.