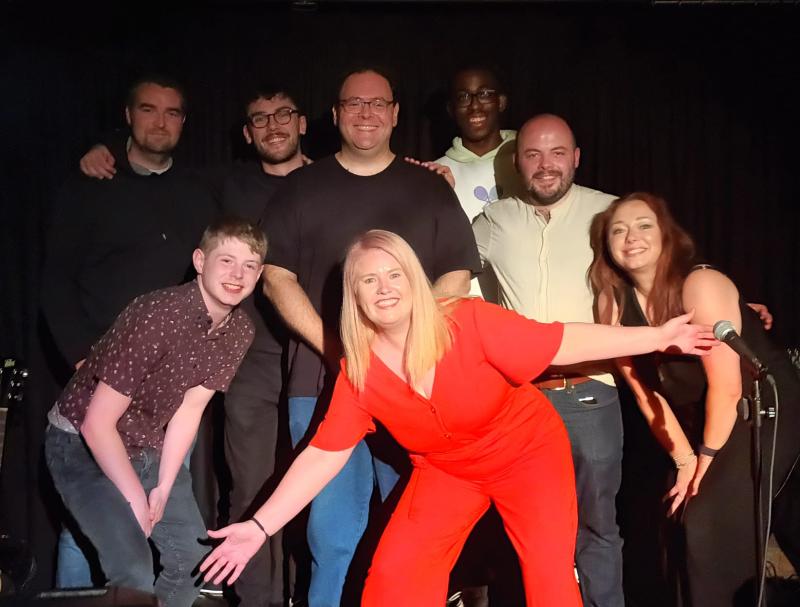 There was great local representation at the world famous Edinburgh Fringe Comedy Festival last month as three local comedians made the trip over to perform in Scotland.

The festival is the largest of its kind and spans the month of August drawing top talent from around the world.

Dundalk comedians Kevin Larney, Elizabeth Redmond and Sinead Crilly were invited over to perform gigs around the city.

Sinead who is originally from Pearse Park runs the Louth Laughs comedy night held at the Tipsy Cow, Kevin is a full time comic who gigs around Ireland  the UK, while Elizabeth is originally from Texas but has been living in the town for years.

These venues gave the Dundalk comedians the chance to perform alongside some top Irish Comedians.

She continued: “One of the stages,  the city cafe, had two gigs a day at ten in the morning and one in the morning called ‘Irish Jokers’ and there was another one down the road in a place called Cabaret Voltaire at six in the evening and they had a few well known Irish comedians playing at that one.”

“It was my first time at the fringe in twenty years and I was just really going over to check it out for next year because I’m planning on going over to do a one hour show for the whole month.

“I didn't realise I would be able to perform this year, but I spoke to a few people and found out that there's these Irish places you can perform in.

“The Irish people that were running the show are well known in comedy circles over here so it was a great way for us to get some exposure over here and in Edinburgh as well which was amazing.”

Meanwhile at home Sinead says the comedy nights at the Tipsy Cow have been going from strength and are serving as a great place for local comics to get their chops.

“They’re going really well, there’s actually some amazing talent I can’t get over the quality.

“The minute I advertised on the Irish comedy forum on Facebook I was getting replies from names I knew from round the circuit who were really really good.

“The talent is extremely high, people who have won a lot of shows in Ireland have been coming, Kevin is going to be MCing now in October and Elizabeth has been there performing.

“Local people have been coming to perform but we’ve also had people from Dublin and Cork and Limerick and everywhere around Ireland to perform at Louth Laughs.

“I’m excited to see where it goes.”