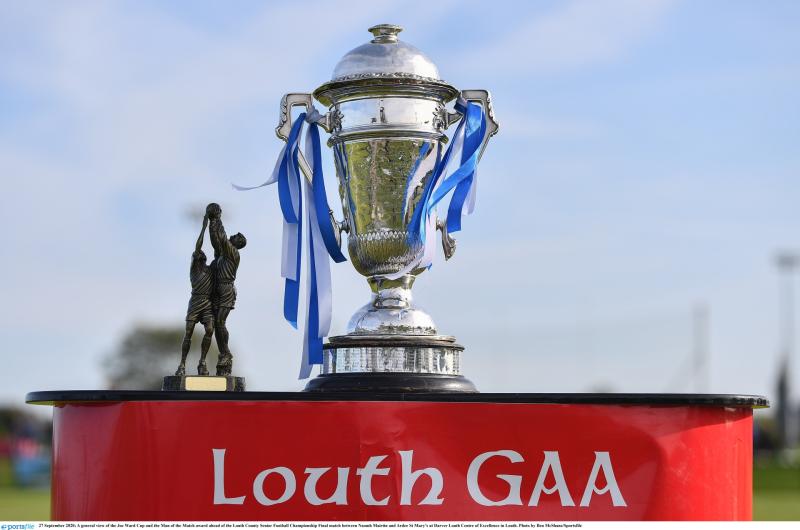 The draw for the Senior, Intermediate, and Junior Quarter finals took place tonight shortly after the conclusion of the final fixture of round 3 between Dundalk Gaels and St Josephs at Clan na Gael Park.

Held in the Clans clubhouse the Quarter final pairings saw some huge matchups, with championship contenders colliding in all three competitions.

The marquee tie of the draw has to be clash of reigning champions Naomh Mairtin and St Patricks, who earned their place in the draw and knocked out last years finalists St Mochtas courtesy of a convincing win over Newtown Blues. With Fergal Reel having worked with the Pat's before, this is sure to a mouth watering clash.

Elsewhere St Mary's will look to continue their quest for a first Joe Ward success since 1995 when they meet St Brides, the Blues square off with St Josephs, while an unbeaten Geraldines have been draw to play Intermediate Champions St Fechins.

Their conquerors St Kevins have been paired with Dundalk Young Ireland's, while Roche Emmets will collide with Junior Champions Glen Emmets.

The junior draw also produced some intriguing pairings. Glyde Rangers are set to do battle with Lann Leire and last year's beaten finalists John Mitchels are in for a local derby as they butt heads with Stabannon Parnells. Wolfe Tones versus  Westerns and Naomh Fionnbarra against Naomh Malachi round off the junior quarter finals.

A full breakdown of the draws plus the pairings from the already pre determined relegation play-offs can be found below.

(All above ties are fixed for the weekend beginning Sept 16th)