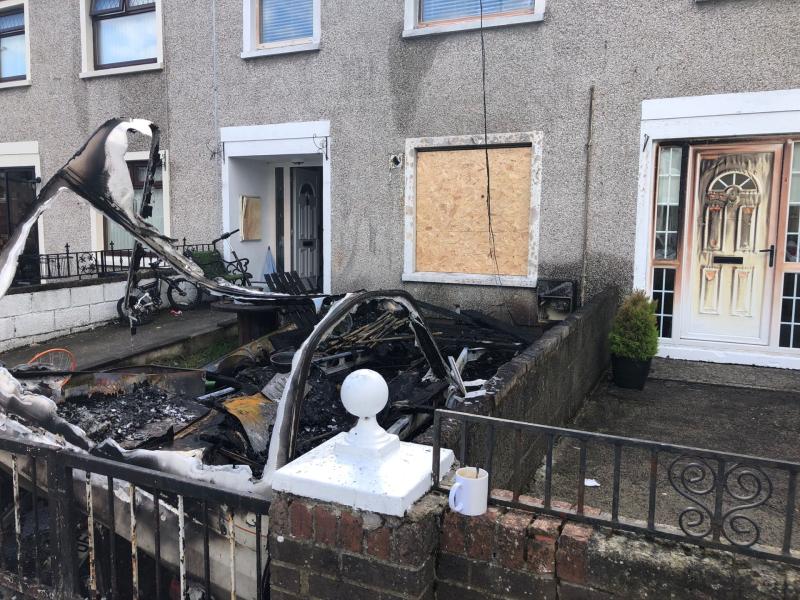 Gardaí attended a suspected arson attack on a caravan in the Muirhevnamor area of Dundalk, at around 6:45am on Saturday morning.

The caravan, which was parked in the driveway of the home, was completely destroyed in the fire.

Quick-thinking neighbours alerted the family inside about the blaze and assisted in their evacuation before dousing gas cannisters close to the caravan in water before the arrival of the fire and rescue service.

Local Sinn Fein councillor Kevin Meenan was present at the scene and told the Dundalk Democrat that the incident could have been much worse.

“It was lucky that there weren't any serious casualties, there was good quick thinking by the neighbours. One neighbour actually came out and hosed down a gas installation [near the back of the caravan] while waiting for the fire brigade to get there.

“There was damage done to windows and doors of the adjoining properties.

“It happened around six o'clock in the morning so it could have been a lot worse.”

Gardai say no injuries were reported and no arrests have been made. Investigations are ongoing.

Any witnesses to the incident or anyone with dash cam footage is urged to contact Dundalk Garda Station on 042 9388 416
Louth TD Ruairí Ó Murchú has praised the neighbours who helped douse the gas cannisters.

“This could have been a lot worse than it already is, if it was not for the quick thinking of the neighbours who alerted the family to the fire and then doused the gas cannisters with water before the fire service arrived.

“In addition, I understand the fire service had to disconnect the mains gas from the property such was the risk to the house, and neighbouring properties.

“I would ask anyone with information to bring it forward to Dundalk gardaí”.