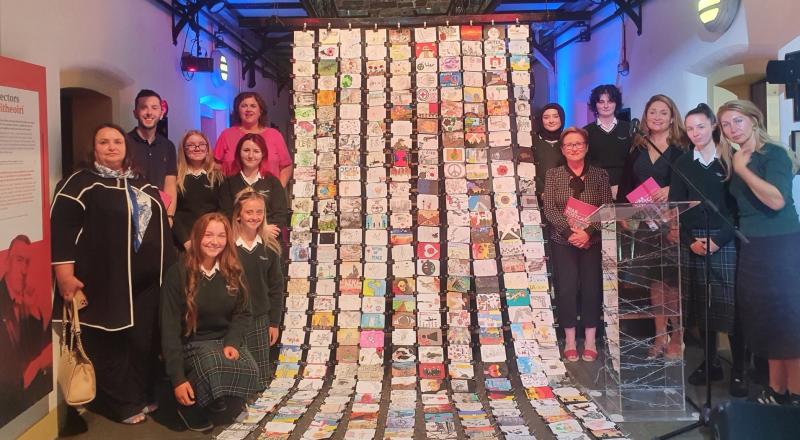 Art students from St. Louis Secondary School were proud to participate in the “War Postcards” exhibition, which was officially opened by the Ukrainian ambassador to Ireland, H.E. Larysa Gerasko, in the Oriel Centre recently.

The exhibition was coordinated by Mr. Fergal Kilkenny, art teacher in St. Louis, and featured artwork from students in 26 second level schools in Ireland, Spain and the UK.

A total of 426 postcards were designed by the students, in response to the theme of “War”.

The many colourful interpretations of the theme resulted in a varied, imaginative and ultimately moving exhibition.

Great credit is due to Mr. Kilkenny and to all the students who contributed to this project, which succeeded in delivering a message of solidarity and hope in these difficult times.