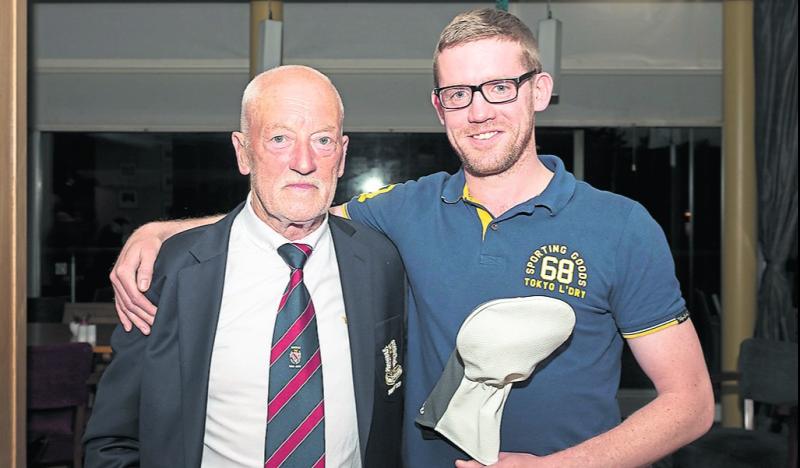 Simon Ryan with a superb nett score of 63 won Liam Mernagh’s President Prize which was played over the last weekend in July.

Playing off 25, Ryan birdied the second and the last and also parred the fourth, ninth, 11th and 17th as he made full use of his shots to edge out Gavin McDonnell (23) who carded a 65 nett.

McDonnell’s round included seven pars but a quadruple bogey at the sixth cost him dearly in the end. Colin Roche shot a two under par 70 to take the gross prize while John McErlean (27) won the Veteran’s Prize and Packie McGuinness (15) claimed the Super Veteran’s Prize.

On Bank Holiday Monday, Stephen Fitzpatrick (25) took the honours with an impressive score of 44pts while the Mixed Foursomes competition was won by Brian and Anne Crombie.

The Wednesday Open sponsored by Deluxe Bathrooms was won by Conor McClenaghan (18) who shot 43pts.

The Junior Cup team are into the Leinster North final after a 3-2 win over Malahide on Sunday where there were wins for Rickie Newell, Brian Og Renaghan and Chris Clarke. They will now face Laytown & Bettystown in St Margarets on Saturday, August 20.

Unfortunately, the Barton Shield team lost by one hole to Castleknock in their Leinster North final while the Provincial Towns Cup team were narrowly beaten 4-3 by Kilkenny.

Caolan Rafferty won four points out of a possible five as Ireland narrowly lost out to England in the Home Internationals at Ballyliffin last week. The Dundalk player formed an unbeaten partnership with Rob Moran of The Castle in the foursomes and the duo won their three matches.

On Day One they had a 3&2 win over Scotland’s Andrew Davidson and Connor Graham and they then beat Paddy Mullins and Alex James of Wales 6&5. On the final day they defeated England’s John Gough and Olly Huggins by two holes.

Rafferty was beaten in his singles match against Scotland when he lost 3&2 to Callum Bruce but, after being rested against Wales, he returned on the final day as the Irish anchor and won the bottom match 4&3 against Ben Quinny.

Unfortunately, it wasn’t enough to get Ireland across the line as they were beaten 11-10 by England in what was a shoot-out for the title after both had beaten Scotland and Wales.

Before Caolan headed off to Donegal for the Home Internationals, he attended the unveiling of a special cabinet in the Clubhouse to mark his participation in the 2019 Walker Cup against USA in Hoylake.

The specially constructed cabinet features his bag, clubs and team uniform from the match as well as photographs and other memorabilia.

Caolan was the first player from the county to play on the Great Britain and Ireland team in the Walker Cup. The new cabinet was sponsored by Martin McDonnell of One Finance.

Una Kelly’s great run of form continued this week as she returned a superb 39 points to win Division 1 in the 18 Hole Stableford played on Saturday July 30 and Tuesday August 2.

This competition was very kindly sponsored by MINT. Rita Moriarty was the winner of Division 2 with 38 points and Maura Coyle returned 39 points to win Division 3.

Presentation of prizes for this and next week’s 3 T’s competition will take place on Tuesday August 9 in the clubhouse at 9pm. Many thanks to MINT for their continued generous sponsorship.