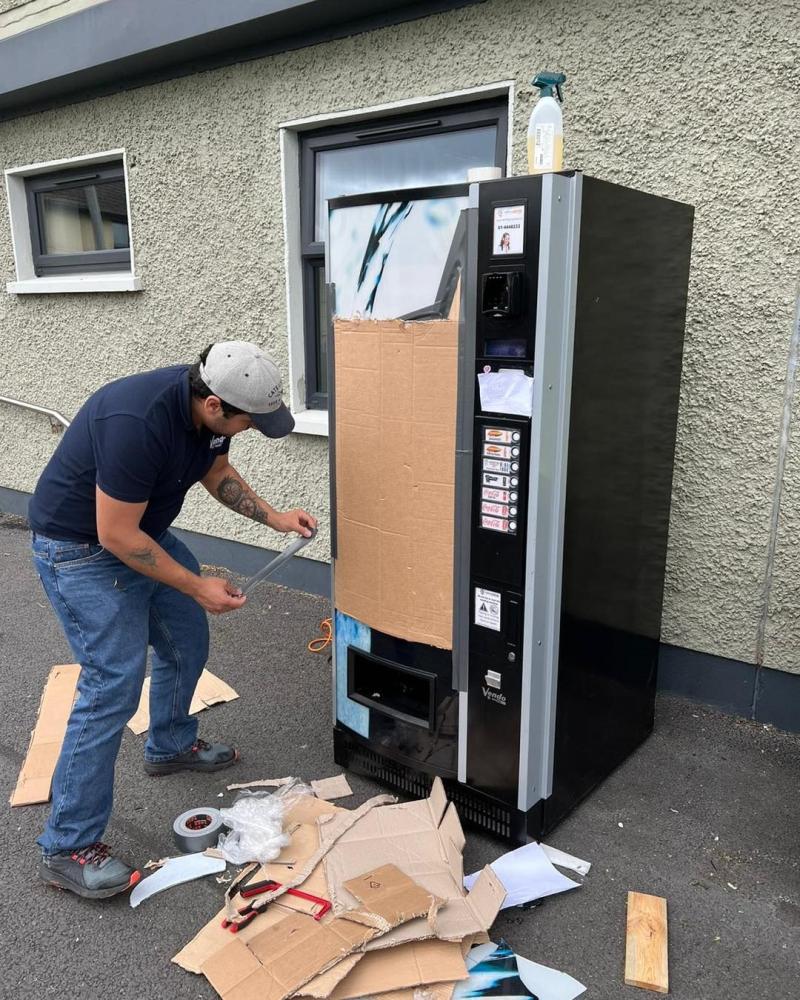 An Garda Síochána said that it is “making enquiries following a report of a broken display screen at a vending machine on Sandy Lane, Blackrock, Co. Louth”.

The incident is said to have occurred outside Blackrock Community Centre, overnight on Friday 5/Saturday 6 August.
Blackrock Haggardstown Community Centre shared the news in a post on its Facebook page.  In the post it said “it is with disappointment that we have post again about vandalism at the community center. On Friday 5th at 3pm an additional vending machine was delivered at the request of the many users of the original machine , however at 1.36 am it was vandalized.

“We have excellent CCTV and the footage of the person is currently with the guards. The vending machines provide , water, protein bars and “grab & go snacks “ energy drinks etc.” The centre also shared an image taken from its CCTV footage, of what it said was “the culprit in action.”

Further in the post the community centre said that its “toilets are regularly vandalised” and that “the centre is a completely voluntary run, not for profit amenity, which provides numerous services for our community and the proceeds from the vending machines support our endeavours.”

It added “we posted this to raise awareness, reach out for support, and ask that certain people respect our efforts.” Gardaí say enquiries into the matter are “ongoing”.