Trip Through Time: The night the German bomb fell on Dundalk 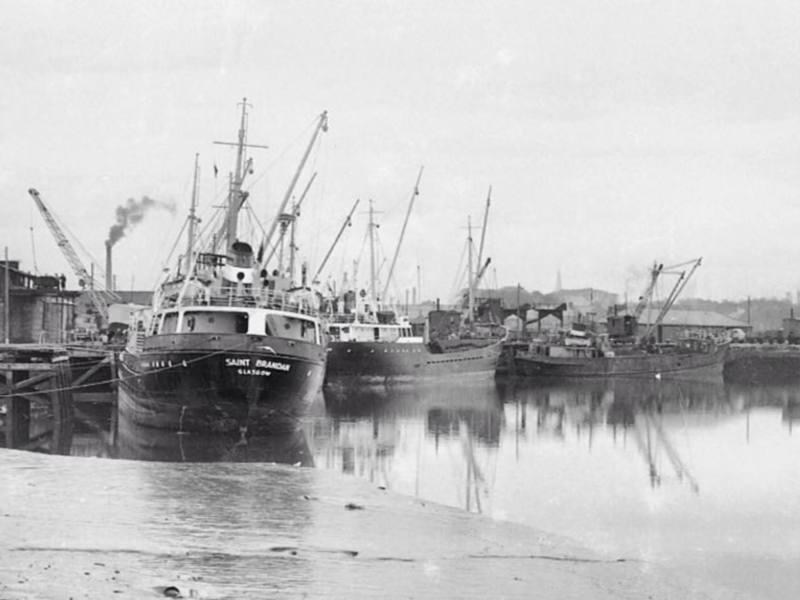 Just recently I was walking in Crowe Street when I overheard a Dundalk tour-guide giving a description of the car-bomb that exploded in Earl Street on the evening of December 17, 1975.

I understand that he was part of a group of volunteers who have been organised recently to explain the wall paintings that have appeared around the Town in the past couple of years to visitors to Dundalk.

This particular guide was doing a very good job and is a credit to the Town but I must admit that my thoughts, on listening to him, strayed to another bombing of Dundalk that had happened very many years earlier.

This memory was sparked by hearing another Dundalk man, who is not very much younger than myself, say that he did not think that any 'German bombs had fallen on Dundalk during World War II'.

That was just not true as, in fact, at least one German bomb had fallen in the Quays area on a night in July over eighty years ago and others in fields around the town.

I have not seen many reports of this incident, which is perhaps not very surprising as there was a strict censorship of newspapers in Ireland of the time.

Most of the stories I had heard about it were oral or were written a long time afterwards.

I was living in Dundalk at the time, not all that far from the bomb site, but was away on holidays in Donegal when it occurred.

I do remember, however, that when we got home, some days later, there was a casualty in our household, our pet canary was found dead on the floor of its cage!

A neighbour had been feeding and watering him and there was great sadness that he was not there to greet us with his usual cheery song!

My mother told us children that the shock wave from the explosion had killed him but I wondered, years later, if it might not have been one of our cats that had given him a fatal heart attack?

Anyway, I am pretty sure that it was a German bomber that was responsible for that attack on Dundalk all those years ago.

One of the clearest reports I have read about the raid appears in Victor Whitmarsh's 'Dundalk in the Emergency' published in 1980.

This report is an article written by Tom Kenny, who was an Assistant Town Engineer in Dundalk at that time and an officer in the local A.R.P.

The volunteer wartime support service was formed here 1939 and Tom writes 'in the Phoney War period, (from September 1939 to May 1940) nothing seemed to be happening and the A.R.P. activity practically ceased - then with the German invasion of the Netherlands, this activity became more noticeable and recruitment was started in earnest'.

Tom was to see action himself a year later when he travelled to Belfast with Dundalk Fire Fighters when the first Belfast Blitz hit in Easter Week of 1941.

The bombing of houses in Dublin happened that year also, the first at Tenure in January and the following day at North Circular Road, with no fatalities as a result of either attack.

The most serious Dublin raid was when German bombs fell on houses in the North Wall area on May 31 1941 and, according to some reports, 34 people were killed, many injured and some left homeless.

'Dundalk incident' wrote Tom 'in which a German bomber dropped one large and ten small bombs, at intervals in a dead straight line, the first at the rear of a coal-yard on the Dundalk side of the River (Castletown) out towards Thomastown.

It would appear, from the pattern that the pilot was trying to avoid Dundalk. He dropped his first bomb where he thought was water and he dropped his small bombs in rural areas.'

Why Tom Kenny made this assumption (apparently that the bombing was not intentional), he does not explain but other reports claim that Dundalk was bombed as a warning from Hitler because the fire men had gone to the assistance of Belfast during the Blitz.

Another, later, writer claimed that Lord Haw Haw (called Joyce, an Irishman who broadcast propaganda for the Germans), had warned in early July that an attack might take place because livestock was being exported to England from Dundalk Quays.

There is, however, no evidence that either claim is correct; livestock shipments were made from Greenore Port and not Dundalk and the Germans do not appear to have been aware that the Dundalk fire fighters travelled to Belfast!

Regarding the biggest bomb dropped that night, Tom writes - 'The bomb mentioned (as falling at the Quay) was supposed to be a 1,000 lb. and it made a crater 45 feet in diameter and 30 feet deep and the only causality was a goat.

Considerable damage was done to slates and windows in Castle Road. Which, fortunately dropped in mud, because had it dropped on a hard surface, the damage would have been considerable.'

I would not presume to question the former Engineer's accuracy but would point out that it was written over thirty years later. I saw that bomb crater myself and do not believe it was anywhere near the dimensions remembered by him.

This crater was there for years, filled by rainwater, and was located between two sets of rail lines; one the line to Greenore and the other leading to the Quays, a place that was not particularly muddy.

Another account I got, years later, was from Tom McDevitt who wrote from the Dundalk Democrat under the pen name 'Roamer'.

That Tom lived in a house in Castle Road and his back garden ran town 'Shucks', as waste ground area beside the railway line.

He said that he was in his bed and was awakened by the explosion but made no mention of broken glass. He was an Air Raid warden and said he just put on his tin hat and went around the neighbouring houses to ask if everybody was 'alright' - which, happily they were.

He also recalled that he was offered tea and sandwiches in several homes that night.

A school friend, who lived on the other side of Castle Road, told me that his father was on duty at the Customs Post at Carrickarnon that night when he heard the explosion in Dundalk.

He got on his bike and cycled into Town but when he got to Castle Road, all the street lights were out and he had some difficulty in finding his own house in the darkness.