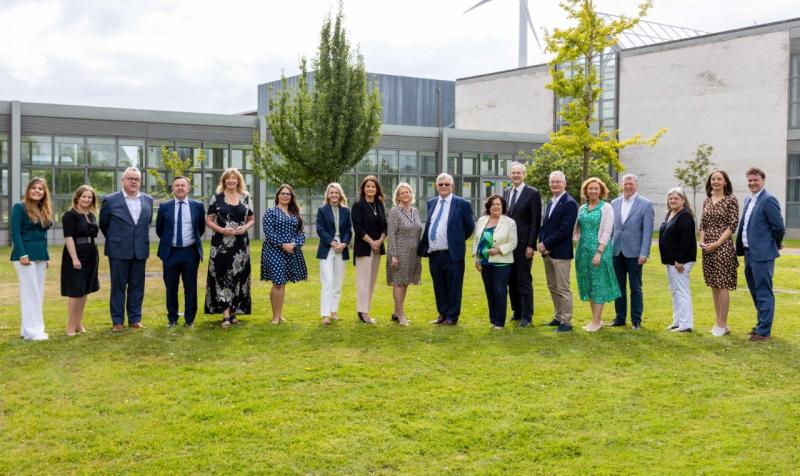 Dundalk Chamber recently hosted, for the first time, a meeting of the Chief Executives of the individual Chambers within Chambers Ireland.

The meeting was hosted by Dr Michael Mulvey, President DkIT. Paddy Malone as Chair of DkIT and PRO of Dundalk Chamber welcomed the participants.

Dr Mulvey and Mr Malone were given the opportunity to outline DkIT and its role within the region.

Dr Mulvey highlighted the role of education and support to all business in the region from specific courses and modules through to carrying on research. He further said it was a target to achieve Technical University status in the future and that DkIT would meet all targets in September.

Paddy Malone also took the opportunity to explain the significance of The M1 Corridor and the fact that it was the Chambers, Drogheda Dundalk and Newry who lobbied for it.

He further explained that Louth County Council through LEO support www.M1 CORRIDOR.IE in partnership with the Dundalk and Drogheda Chambers both of whom contribute both time and money to it.

There was also a tour of the Cooley peninsula, on the evening before.

The day concluded with a tour of DkIT were the Dundalk representatives were congratulated on the campus and range of courses and research that is being carried on site.

The meeting itself covered a wide range of topics including Banking, cost of living, the forthcoming Budget, housing and internal matters. Brian Hayes, Irish Banking Federation was the main speaker and led a robust discussion.