Inside Track: It’s good to have sport on the telly when there’s an intrusion 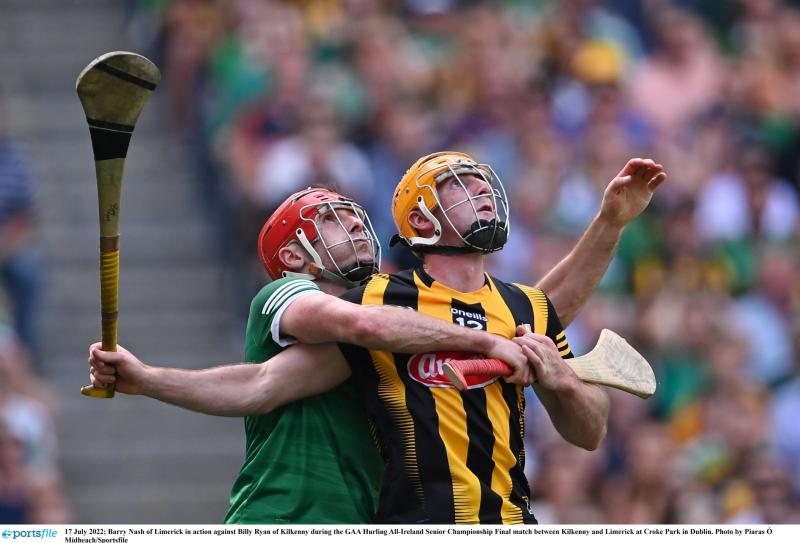 If there’s such a thing as a good time to get Covid, it’s when there’s sport on the telly. And the more of it the better.

I’ve been a team player ever since the Beast from the East invaded these shores, first of all sticking around the house for about ten weeks in the first half of 2020. Then there were the vaccinations, two of them, and after that the boosters, another two. Mask-wearing was nearly always observed, even in recent weeks, mainly when going into shops.

My mate and I were the only ones with our faces half covered on a jam-packed train to Dublin for hurling and football in Croke Park, though I have to admit, the masks were off when we made it to the pub, and at Croker itself. Maybe it was then I succumbed.

Anyway, it was shock when told that I’d been collared after having my nose tickled a fortnight ago. The line was faint, but was there nevertheless. The following day there was no doubt.

So, that’s it, no Dundalk Gaels meeting Tuesday, no Dundalk Stadium for the horses or dogs. Worst of all, no celebrating the Chancellor’s birthday.

There’d be a phone-call alright and a piece of cake for supper, but no joining in the singing and no family photo. Just as well I was home alone over the following few days; I wouldn’t have been the best of company.

The mood lightened by Friday. It was Day 2 of the British Open, when passes for the weekend were handed out among the contestants. Tiger Woods didn’t get one but got a terrific reception as he strode towards the 18th green.

And for just a few minutes I was aboard the time machine, taking me back to the time when a young Ronan Rafferty, from Warrenpoint, walked in the opposite direction on the same St Andrew’s course.

He was alongside the great Lee Trevino, the master and student paired for the last round of the Open. The commentator, probably Peter Allis, said it was an occasion Rafferty would never forget. I’m sure he hasn’t.

On to Saturday. As I was saying here last week, a phone-call from Peter, my mate, had me up earlier than planned, advising me to look in on Ireland’s rugby Test with the All-Blacks. It wasn’t on the agenda, I’d have to say, but I’m glad I added it.

This was exhilarating stuff, the climax of a winning series which the experts said was Ireland’s finest achievement, better even than the couple of Grand Slam wins of recent times.

It’s always good to see an Ireland win, regardless of the sport, and as this page has always shown its admiration for veterans, Johnny Sexton’s key role made the occasion all the sweeter.

My green appetite whetted, it was then over to Channel 401 for the golf’s third day. Could Shane Lowry replicate his Portrush win of three years ago? Could Rory win his first Major in eight years? And who’s this chap, David Carey?

There was a hint that Carey might be Irish. His cap was white, his jumper a fetching green. Still standing after the first two days, he was doing himself and his country proud at 5-under.

Lowry looked like getting himself into contention when two successive eagles – the first time this had been achieved in the Open in 21 years – put him on 9-under. But then the wheels came off. Everything was good until he got to the greens.

All the time McIlroy was creeping up the board. When my six hours of viewing, hopping from one channel to another to take in racing from a variety of tracks and the golf, were over, the Bangor boy was atop the leader-board, on 16-under along with a Norwegian chap. The only spoiler was the news that Dundalk Gaels had lost their unbeaten Division 2 League record up in Philipstown.

Still, Sunday should be good. There’s the last round of the golf, and a game of hurling in Dublin. The racing can go ahead without me. Whatever little reminders there were of Covid’s presence – and they were little – were pushed into the background.

The clash of Limerick and Kilkenny was so good, it got my undivided attention. There was no sign of a Lowry resurrection in early St Andrew’s skirmishes, and it would be after the All-Ireland had ended when McIlroy’s challenge would be at its height.

The wonderful theatre that is Croke Park on All-Ireland day with the stands and Hill 16 crammed with colour-wearing, flag-waving supporters was beautifully captured by the RTE overhead cameras. And as is always the case, the parade had the hair standing on the back of my head.

As for the game itself: this was Clare/Cork two 2013 games and Limerick/Galway clash of a few Sundays previously all over again. Maybe even better. On that previous visit to Croker, Limerick had their opponents join issue with them as the final whistle neared and looked to be in a bit of bother.

It was the same this time, a fiercely competitive Kilkenny digging as deep as Cody wanted them to, wiping out a lead that had stood at six points at one stage. But, as they say, thus far and no further.

Limerick stood firm, opened up another gap, and though the dividing margin at the finish was tight, there was enough in it to give the Treaty a third successive title and a fourth in five years.

You can see similarities in this Limerick set-up and the one that helped Dublin create football records in recent years. Nothing it seems is being spared in putting together a strong backroom outfit, or in the team’s preparation.

Those in the background obviously know what they’re about, and, of course, the players they’re working with have talent. And huge physique.  For Cluxton read Hannon. For Galvin read Kiely. There are more records to be broken.

Back to 401. McIlroy is still in front having burnt off the Norwegian. But the two Camerons, Smith and Young, are closer than at any other time in the day. McIlroy is steady if unspectacular. Smith is feasting on birdies.

When it comes to the last, McIlroy, having slipped two behind Smith, needs to come up with the shot of the century to level it. It doesn’t happen. Probably never before has Rory been so dejected after a contest.

As for the Covid; it’s still rearing its ugly head at the time of writing.  But the telly’s still working and the football All-Ireland is coming up. So, too, is the racing from Galway.