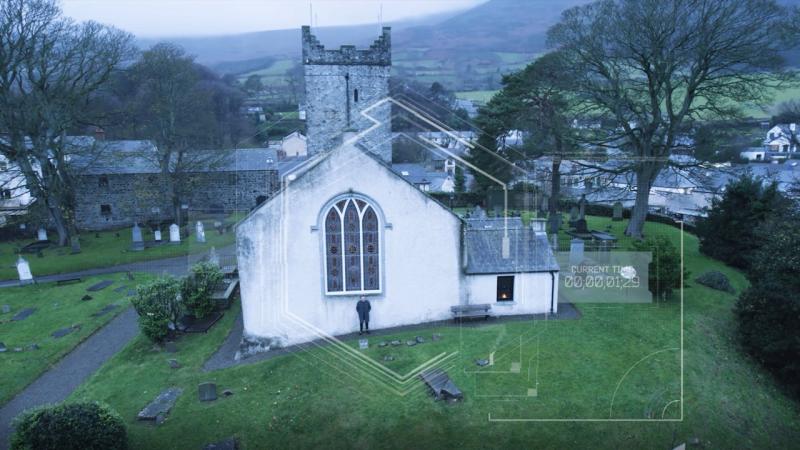 An Táin Arts Centre’s Louth Culture Quest is a futuristic, county-wide, arts and heritage treasure hunt, funded by the Arts Council of Ireland | In the Open / Faoin Spéir and delivered in partnership with Louth County Council that runs from April to December 2022.

LCQ is based around the premise that in 2050, art and heritage as we know it has been destroyed by rolling pandemics, political unrest and climate change.

A custodian of art from this dystopian future has placed 20 surviving artworks around County Louth for safe keeping.

To ensure the future survival of art and heritage audiences must solve the clues, find the artworks and discover what happens between now and 2050 as they unlock the story behind the Louth Culture Quest.

Audiences must purchase and download the Louth Culture Quest app to embark on this futuristic treasure hunt exploring County Louth, from the Cooley Peninsula to the coastal town of Baltray, tread the towns of Dundalk and Drogheda on foot, armed with their mobile device and guided by the custodian from the future named Lugh, performed by Father Ted’s Joe Rooney.

Audiences will take a journey through time, exploring the heritage sites of County Louth and the beauty of the landscape, whilst engaging with newly commissioned pieces of art and changing the course of history.

The County has been split into four zones, North Louth, Dundalk, South Louth and Drogheda. 20 new artworks by four visual artists have been created specifically for the quest, with five artworks in each zone.

On completion of the quest audiences can contact An Táin Arts Centre to claim their LCQ Limited Edition reward pin.

“Bringing together 14 creative practitioners from County Louth, it seamlessly blends visual arts, film, technology and gaming to give people of all ages a unique experience to discover our wonderful county in a truly unique way.

“We cannot wait for people to experience Louth Culture Quest."

The commissioned artists include David Callan, a mixed media artist who works with found materials, sculpture and video and is influenced by dystopian concepts, ELS + DECLAN, who’s artistic practice spans from painting, drawing and printmaking to large scale production design for video and theatre projects, Grainne Murphy, an image maker, and printmaker often inspired by folklore and the landscape and OMIN, a graphic artist and muralist with a background in graffiti. His work is nestled between the digital and the analog worlds where influences are fed by glitches in everyday use of digital communications.

At each artwork audiences can unlock a short film via the LCQ app, where a custodian of art from the future tells them about the artwork and what happens to this part of Co. Louth 30 years from now.

The story was written by Louth based author Nicola Cassidy, who is recognised for her novels, which are deeply rooted in the history of the local area.

The films were shot and edited by filmmaker Steven Larkin with original music composed by James Mackin.

The app was developed by Drogheda based developer Nebula Innovations with branding and design by Dundalk based Grandson Design Studio.

In total 14 creative practitioners all from or living in Co. Louth contributed to the project.
The app costs €4.99 to download from the Apple App store or the Google Play store and is available to download now.

Hosted by comedian Joe Rooney, the custodian of art from 2050, in the Drogheda Zone on Sunday 28th August at 1pm!

Amble the medieval town of Drogheda, explore the origins of the River Boyne and uncover how bartering makes a return in the future.

Experience Louth Culture Quest where audiences will solve the clues, find the artworks, and discover what happens to art and heritage in 2050.

All while being entertained by the Louth Culture Quest comic custodian.

You will need to download the Louth Culture Quest App, which costs €4.99 from the Google Play or App Store in advance of the tour.
Tickets €3.50 (plus €1.50 booking fee per ticket per person) Book your place now as spaces are limited.
For further information please visit:  www.antain.ie

Competition
To celebrate summer, An Táin Arts Centre is excited to announce they are running a competition to win some fabulous prizes.

To enter the competition, simply download the Louth Culture Quest App from the Google Play or App Store and start your quest today!

Everyone who download’s the app will be entered into the draw.

Prize includes: €100 voucher for The Townhouse Restaurant, Dundalk.
One of Dundalk’s most popular restaurants, The Townhouse is the perfect place for any occasion.