Joe Carroll: Galway will need to find something extra if they are to win title 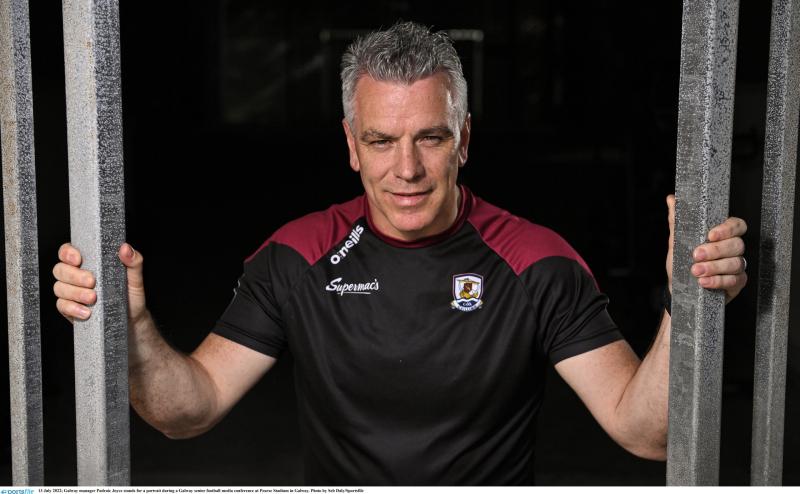 Eight years is not the longest spell Kerry have been without an All-Ireland senior win. They had to wait 16 for their first title, and around the time when Wexford were best in the country, first to achieve a four-in-a-row, the green-and-golds were finding it difficult to even make an impression in Munster.

And they were again in the background when the Ulster surge was happening, Down (twice), Donegal and Derry taking the Sam Maguire to the northern province four years in succession in the 1990s.

Still, it’s not like them to be either beaten in the final – or looking on while it’s being played – for such a lengthy period. And it’s been even worse that, during this hiatus their long-time rivals were the dominant force, Dublin winning six times since the title was last down in the south-west.

Now that the Dubs are out of the way, will we see Kerry get back on the bike? Maybe. They play Galway in Sunday’s final and are warm favourites to make it their day. They played in the better – much better – of the two semi-finals and turned in the more convincing performance.

That it was Dublin they beat added considerably to Kerry glee. It was the game of the championship, maybe not having the drama that was crammed into Galway’s quarter-final with Armagh, but of a greater quality.

Dublin had gone into it having recovered their flair after an untypically weak league campaign which ended with them being relegated. As you would expect from them, they gave it everything, not at their best in the opening half, but looking at one stage in the last quarter as if they might prevail.

Kerry had it in them, however, to grind out a win, their winning point coming from a last-minute free that must rank among the best witnessed on the All-Ireland scene. Free-takers like to have an angle – Sean O’Shea had none. He was kicking straight at the posts from about 60 yards and against the wind.

If Galway won their semi with the greater ease, it was because the opposition weren’t in the same league as any of the other semi-finalists. A good start didn’t do much good for Derry. They were in the hunt at half-time, but never at any stage after that.

Galway improved in the second half, and in Damien Comer had an ace marksman, the full-forward claiming each of his side’s two goals.

But is Comer in David Clifford’s class? If the final were to be decided by how the two No 14s perform, you’d have to think Kerry will come out on top. Clifford is an exceptional footballer, a six-footer who moves with the agility of an ice-skater. And he can score.

Kerry, however, are not entirely dependent up front on the Fossa clubman. His brother, Paudie can play a bit as well, the last day earning himself family bragging rights by being named man-of-the-match. And aside from scoring the winner, Sean O’Shea led the attack with some style, playing a real captain’s part.

Making another comparison: Kerry are overall better served up front than Galway and that could be crucial in a game that brings the counties together at this stage for the first time in 22 years.

Galway weren’t among the leading fancies before the competition got underway, but no-one can say they’re not through to the last round strictly on merit.

Padraig Joyce’s team had to go to penalties to beat Armagh, but aside from conceding soft goals, two of them in time added on, their performance that day was better overall than what was on show against Derry. Something even better will be needed this time if they’re to upset the favourites.