Trip Through Time: When did wall paintings first appear in Dundalk? 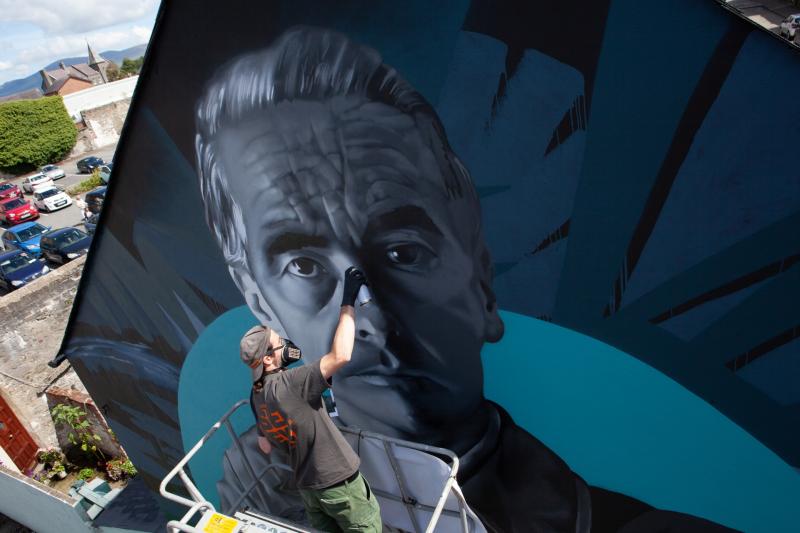 One of the Seek Urban Arts Festival murals

Wall paintings have become all the rage in Dundalk since the Covid pandemic started over two years ago and are now an acceptable part of the local culture - but that was not always the the case!

It seems not all that long ago that the local Council were threatening all sorts of punishments on anyone caught defacing public property in such a manner!

The first place I saw 'street art' was in Amsterdam over forty years ago and I must admit that I was not greatly enamoured by it.

I suppose that was due to the fact that, in Ireland, wall paintings was nearly all political and was not intended to please 'the other side'!

I believe this may had begun during the Troubles in Belfast and then spread to Derry but I have seen political slogans on walls in Glasgow much earlier.

Then, after the Good Friday Agreement, a lot of hatred and anger went out of most of these paintings and now they are to be seen, and accepted, all over Ireland!

The question is, however, when did it become acceptable in Dundalk.

I seem to recall that thirty or more years ago the local Council began to encourage local schools to decorate walls with what might be called local themes.

I am not sure were it started but think it might have been in the St. Helena area. I am told that much good work was done by youth groups like 'Foroige'.

Then just last week I spotted a short article in files I have from the Democrat of September 2005 which was written by a Niall O'Donaghue about a young man name Kieran Walsh who had just obtained a lucrative contract from a phone company to design graphs.

The article does not say where Kieran is from but believe it might be Dundalk as it said that he had worked for the local Council (then the Town Council).

In this article Kieran Walsh is quoted as saying 'It all started as a hobby then I got a job painting in Cox's' (by which I believe he meant Cox's Demesne housing estate).

The article goes on to say that the group with which he was involved had a workshop 'in the area' and that he enjoyed it very much.

The story made me wonder how Kieran, whom I reckon must be in his forties by now, got on.