Dundalk dig deep to rescue a point away to St Pats 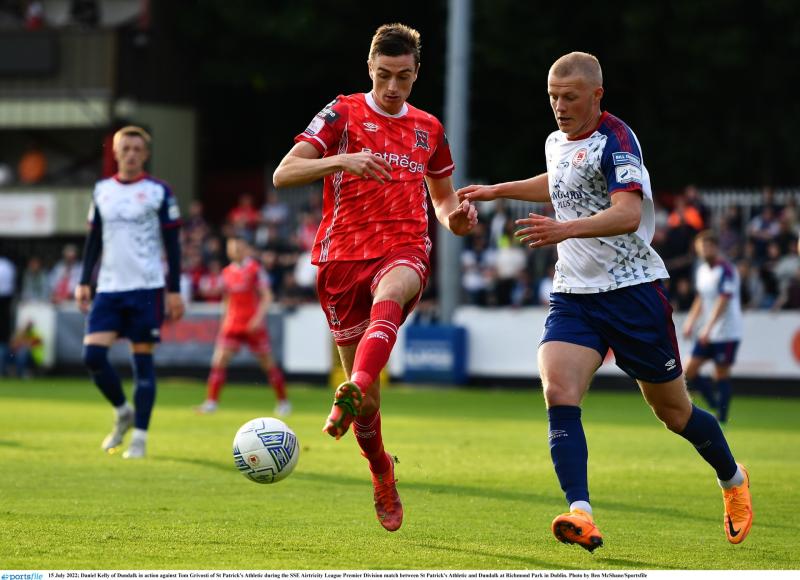 Dundalk FC and St Patrick’s Athletic drew 1-1 in the SSE Airtricity League at Richmond Park on Friday night as The Lilywhites kept daylight between themselves and The Saints.

Things got off to the worst possible start for Dundalk, with St Pats going 1-0 in front after 16 minutes, while Stephen O’Donnell was sent off at his old stomping ground late on. However, Daniel Kelly rescued a crucial point for The Lilywhites in the 76th minute.

Billy King raced down the right, pulling it back for Eoin Doyle, whose shot looked to be going off target, but was diverted into his own net by Andy Boyle as St Pats went ahead.

Still reeling from that concession on 16 minutes, Dundalk almost fell further behind seconds later when Mark Doyle found himself in space before firing a shot inches wide.

O’Donnell’s side had chances to level before half-time, with Joseph Anang having to tip over a Robbie Benson shot after Lewis Macari had laid the ball off for him.

Keith Ward wriggled his way through, but skied his final attempt off target, while Patrick Hoban flashed a header just wide from close in after getting on the end of Macari’s cross.

Deputising in goal for the injured Nathan Shepperd was veteran Peter Cherrie, and the Scot was on hand to deny Adam O’Reilly and Chris Forrester either side of the break.

St Pats should have doubled their lead on 75 minutes when Serge Atakayi set Tunde Owolabi through on goal, but his effort hit the post after going under the legs of Cherrie.

Instead, it was Dundalk who made it 1-1 a minute later when O’Reilly was caught in possession before Kelly’s effort crept home via a deflection off Joe Redmond.

Kelly should have won it for Dundalk when he met a Darragh Leahy cross at the back post, but headed wide, while O’Donnell and his assistant, Patrick Cregg, were both sent off in stoppage-time – concluding what was a fiercely contested encounter at Inchicore.