Joe Carroll: Sunday’s final could be another epic hurling encounter 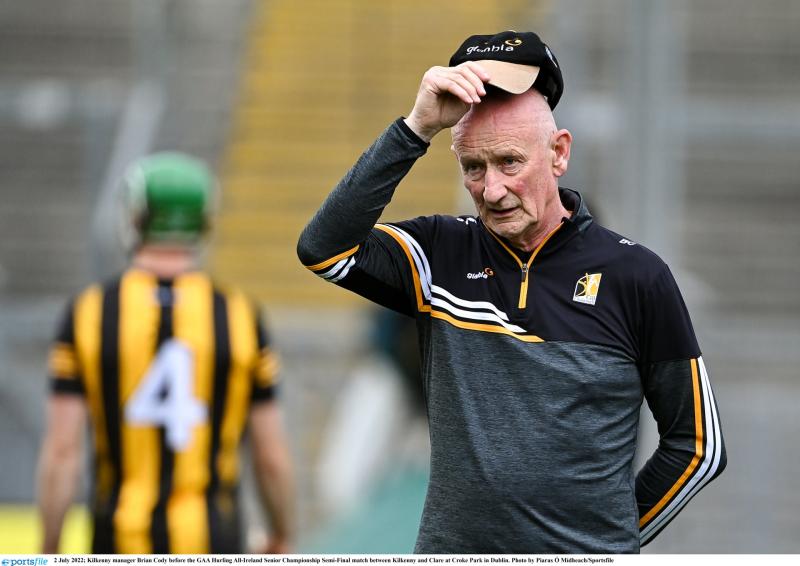 Until last Sunday week, the best hurling tie I’d seen was in 2013. I say ‘tie’ because there were two games involved, a drawn game and the replay.

Several who were at the All-Ireland final of nine years ago, or watching it on television, might agree. The meetings of Clare and Cork in 2013 were epic. Both were high-scoring, especially the replay when there was a total of eight goals and 32 points.

With 18 minutes remaining, the scores were level, 1-16 to 3-10. This was after Clare had led by eight points. You can imagine the score-fest there was after that, leaving it 5-16 to 3-16 at the finish. Clare, coached by Davy Fitzgerald, took the title – Jimmy Barry-Murphy’s Cork were the most gallant of losers.

The replay followed a drawn match which had ended with Domhnall O’Donovan, the Clare full-back, scoring a massive point well into time-added-on.

I’m what could be called an a la carte hurling supporter, confining my attendance to the biggest of matches, and grateful to be given a ticket, or being able to buy one. There was a time, however, when part of my weekly chores on this paper’s sportsdesk involved covering Louth’s National League matches.

One fixture brought me to the Malachi’s pitch in Rassan. Louth were out against Cavan, and it didn’t look good when the visitors turned up late. Could it be that they had difficulty rustling up a team?

The final score would suggest they might have had. What the dividing margin was I can’t remember, but it was enormous, and Louth corner-forward, Ollie Kelly, got so many of the home side’s scores, it confirmed him as winner of one of the award winners which the daily paper was giving to the league’s top marksmen in each division.

That game, just like the two previously mentioned, are consigned to history; more to the fore is Limerick’s joust with Galway a little over a week ago and the decider coming up next Sunday.

People with a better knowledge of the ancient game might be able to pick out a fault or two in last Sunday week’s match, but for me there was nothing more that could have been asked for. Extra-time maybe, but certainly not penalties.

Yes, there were wides, Galway claiming three at a very crucial stage. And there were some what you might call, hairy decisions. But throw in some controversy on top of all that and you get what’s normal in games, good or bad. This was a great game.

Limerick won with the help of a good last furlong, and on Sunday next attempt to win the Liam MacCarthy for the third time in succession. Lying in wait are Kilkenny, making it one of the most intriguing and eagerly-awaited finals since the 2014 replay.

Kilkenny were involved in that one as well, taking on Tipperary after the Premier had scored what looked the winner – to the naked eye, at least – in the last seconds of the drawn match. The all-seeing Hawkeye arbitrated against John O’Dwyer’s 65.

Along with their 2020 and ’21 wins, Limerick have the 2018 title to their credit. Three out of four – good going for a county whose most recent win prior to that was 1973. And who should have stymied their chances in 2019 – at the semi-final stage – only Kilkenny.

Brian Cody’s side didn’t follow it with victory in the final – they were beaten by Tipp. Indeed, the most successful championship side of all time haven’t won out in seven years. For most counties that wouldn’t be a major concern; but for the Cats, who have 36 titles, it’s a yawning gap.

TJ Reid against Dan Morrissey, Tommy Walsh against whoever Limerick want to play on him, Richie Reid against Kyle Hayes, and Cody against John Kiely, the managers only able to compete with each other from their allotted slots.

This should be a stirring contest, and if Cody pulls it off it will count as one of his finest achievements, his team, that had been edging close to the Leinster backwaters beating the champions.