Trip Through Time: Did you ever see a comet? 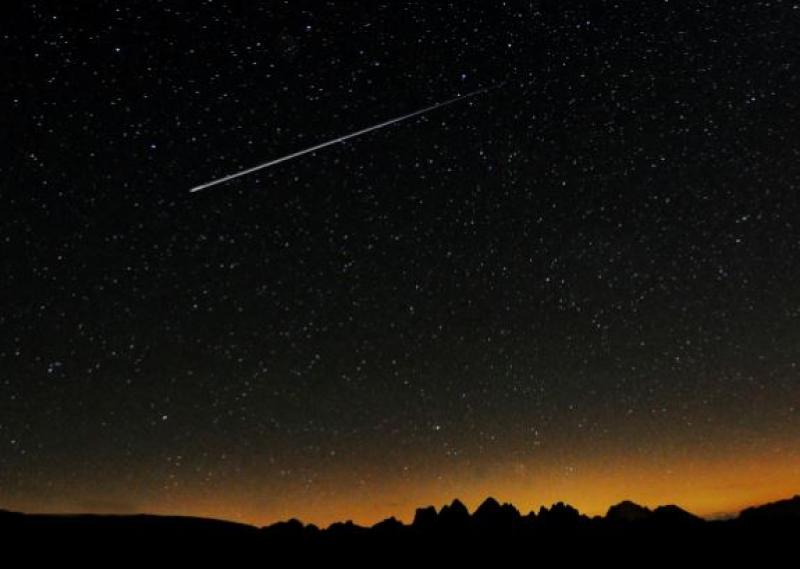 'We are living in strange times!' was the cryptic remark made to me by a pensioner friend who regards himself as a 'Local' through and through, as his Dundalk ancestors, on both sides of his family, go back generations.

Now regular readers of this column may realise that I also regard myself as a Dundalk person - maybe not a full 'Local' as three of my grandparents are buried in Donegal and I have an abiding loyalty to that part of the country.

However I was born in Dundalk, which not many people can boast these days and I have an affection for 'The Town' which, I hope, cannot be erased!

It was for these reasons that I was prompted to ask the 'local' mentioned 'Have you ever seen a comet?'

Now, I was well aware what he had meant by his remark about the 'strange times' – but was also aware that older Dundalk people are still a suspicious lot and thought that I might goad him for a bit of fun.

My thinking was that people used to look for 'signs in the sky' to try to foretell future events and comets were everywhere regarded as bad omens for the future.

His reply, however, surprised me a little. He paused and then said 'No, actually, I haven't!' He went on to reflect -- 'Of course, I have seen many pictures of comets on television and, even earlier, in the cinemas, but never saw one with my naked eye!'

Which got me to thinking that he must have believed that there was some strange difference in seeing something that was not produced by modern technology but the 'real thing', as some might call it?

Which got me to thinking that I have seen only a few comets in the skies over Ireland myself and those were seen faintly, through binoculars and other magnifying instruments!

Then, sitting at the front of a bus coming from Dublin a few days later, I recalled that I had actually seen a bright comet in the sky over Dundalk many years ago.

It was in the early hours of a morning, before dawn, when driving, on my own, down the Lurgangreen Stretch of the then main Dublin Road, there was no M1 Motorway in those far-off days, and I stopped to get out of the car to get a better view of what was then a marvel to behold.

I had never seen anything, before or since, quite like that comet, its bright tail stretched across much of the north-western skies and, in my recollection, I believed that it must have been somewhere near mid-summer but, looking up the records, that could not have been correct.

I have seen many meteors streaking across the night skies and even, aurora borealis or Northern Lights as there are more commonly called, but a comet is something different because it hangs in the sky and does not appear to move unless you watch it for many days, a difficult thing to do in the mainly cloudy skies over our island.

Back in 1986 I had searched in vain for the most famous historic comet of all, Edmond Halley's Comet, which was due to appear in the Northern Hemisphere skies in that year.

Halley's Comet was first spotted in 1758, several years after the astronomer predicted its visit had died – but it had been recorded in notes, following a 75 to 79 year cycle, as appearing many times previously.

The most famous being on the occasion of the Norman Invasion of the South of England, and during the Basttle of Hastings when King Harold was killed in 1066 – The comet is even stitched into the famous Bayeux Tapestry – the timing was correct for Halley's predictions - but I was little disillusioned about this when I read that the the comet was probably added to the Tapestry, (which I have actually seen for myself in a room attached to the French cathedral in Normandy), many years later.

This revelation got me to wondering if my own recollections of a great comet sighting was correct – but then I came across a reference to the 'brightest comet of the 20th Century' which had been first spotted by two Japanese amateur astronomers in September 1965 and named 'Ikeya – Seki' in their honour.

It had been seen over Southern Hemisphere skies, where it was reported as having the brightness of the planets Venus or Jupiter - and was bright enough to be seen in clear twilight skies over Ireland in mid-October of that year.

So, maybe, I did actually witness with my naked eyes something which few people now alive have seen?

Did it make any difference to me or anything happening in Ireland or other parts of the world at the time – Who knows? It was, about the time when the 'Cuban Missile Crises' was fresh in peoples' minds!

There are two comets known to be making their approach to the Sun at the moment but they can only be seen with the aid of powerful telescopes.

The next time the Halley Comet comes near the Sun (and Earth) is not until mid-2061 and who knows how much Ireland and the rest of the World will have changed by that time - I certainly won't be there!