Dundalk International Preview: Guilfoyle’s charge can give Codys a winning start to the week 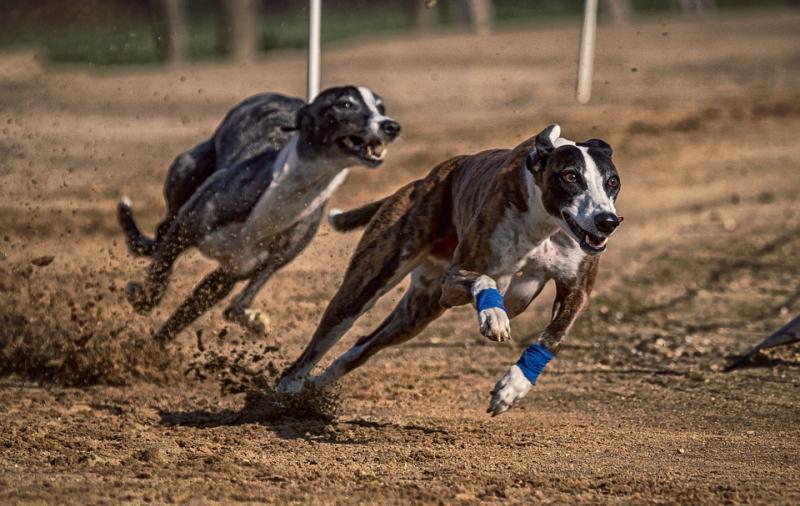 The Dundalk International, the Dowdallshill track's most prestigious greyhound race, is down for decision on Tuesday night

This could be a good week for the Codys. The unrelated Brian and Eoin hope to share in an All-Ireland win with the Kilkenny hurlers at Croke Park next Sunday, Brian patrolling the line, Eoin in the forward-line.

But before then – Tuesday night in fact – Good Cody, a greyhound, goes in search of a win in the prestigious Dundalk International.

And even before that – this afternoon – ladies go on parade at the races. If there’s a Miss Cody about with something decent to wear, she should get along to Dowdallshill. There’s a prize for the best-dressed lady: she could be the first leg of a notable treble.

Dundalk Stadium’s biggest day of the year is back after an absence of three years. Covid took a toll on everything in 2020, and it was only marginally better last year. The Beast from the East hasn’t gone away, but restrictions aren’t as stringent as before. There’ll be lots of room in the stadium’s enclosures for everyone to circulate safely, at the horses and the greyhound racing.

The gallopers go to post at 2.20 for the first of seven races, and among the 4-day declarations are a number from Aidan O’Brien’s yard. Should any of them challenge they’ll be the Ballydoyle maestro’s first runners at the track this year.

The horse-racing’s definite runners are not known at the time of writing, but it’s for certain Good Cody will be taking his place in the big greyhound race. So, too, will Gaston Pecas, Singalong Sally, Explosive Boy, Ballymac Fairone and Raha Mofo. Notwithstanding the absence of an English-trained runner, this is a classy field.

Mickys Barrett, third in the English Derby, was an intended runner, and, in fact, trialled at the track last week. But he was found not to have travelled well, and, off-colour on the morning of the draw, was withdrawn. Ballymac Fairone was called into fill the vacancy.

Back to Good Cody. When he trialled recently in preparation for the race, he wasn’t visiting the track for the first time. One of two Patrick Guilfoyle-trained runners in the field, he was taken up the M1 on several occasions last year. And it was all worthwhile: GC was brilliant in the Bar-One Irish Sprint Cup, taking the title with ease.

Trainer Guilfoyle has been in the Dowdallshill winners’ enclosures before. He had charge of Definate Opinion, twice a winner of the race down for decision on Tuesday, in 2010 and the year after. His other runner, as he tries to take up the hat-trick, is Explosive Boy, voted last year’s Irish Greyhound of the Year.

Limerick trainer, Pat Buckley, successful three times in the past, also has two in the line-up, Gaston Pecas and Singalong Sally, the former winner of this year’s Produce Stakes at Clonmel.

Ballymac Fairone will be among the outsiders, but can’t be ruled out since he represents one of the country’s most successful kennels, the one in County Kerry presided over by Liam Dowling.

There’s a great race in store, and returning to what was mentioned at the beginning of this story – and in the headline – Good Cody, wearing the red sheet, might just be the one to triumph.