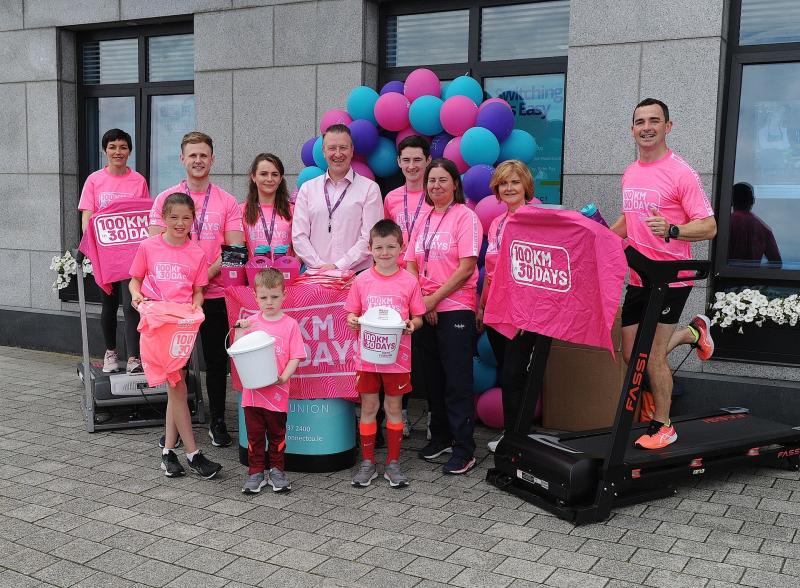 The staff of Connect Credit Union took to the Main Street of Blackrock on the 30th of June marking the last day of the 100K in 30 Days fundraiser for Breast Cancer Ireland.

Staff organised a walkathon on two treadmills set up outside the credit union office on the main street.

Adding to the excitement, Louth brand ambassadors Tara Cloney and Lorna Clarke called down to walk some additional kilometers.

Tara marked the completion of her challenge by finishing her 100K where it all began in Blackrock.

There was great excitement on the street as the 100k in 30 days founders Cara and Niall Carroll jumped on the treadmills with Cara running a total of 10 Kilometres throughout the day.

The street was full and bustling as staff, family members and passing supporters cheered on the team who pushed the treadmills to their limits.

There wasn’t a minute to spare as Conor Richardson and Michael McCahill of Connect CU reached the 100k finish line after eight long hours of running and walking.

Commenting on the event, Norman McDonnell, CEO of Connect CU said: “It was a pleasure to be able to sponsor such an amazing cause that originated in our local village of Blackrock. “We are delighted to be able to give back to the community via our sponsorship programme.”

The 30-day event was another huge success as the €1 million mark was met on the last day.

For a third consecutive year, the 100k team managed to organise an amazing 30day event throughout June with individuals taking part from all 32 counties in Ireland as well as all over the world. You can still donate until the 15th of July via the website or donation links.

The Connect team would also like to say a huge thank you to all those who kindly donated over the course of the two days.