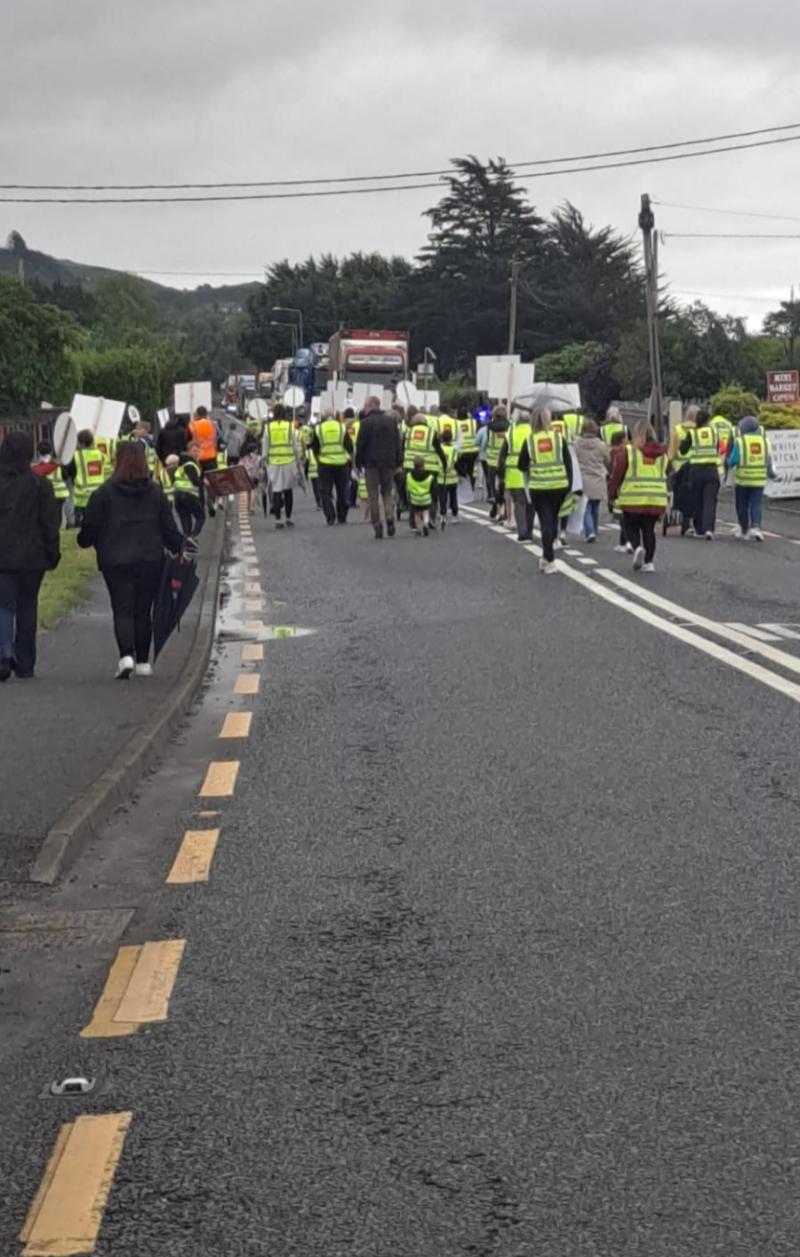 Bellurgan residents this morning held a third protest calling for the implementation of  adequate traffic calming measures on the Dundalk/Carlingford R173 road, which goes through the area.

Parents have expressed concern with the speed of traffic on the route particularly around Bellurgan National School saying that speed ramps would be the only effective way to slow down drivers.

For the second week  children and adults marched on the road blocking traffic for around half an hour.

“Unfortunately there was a lot of disruption but unfortunately there’s no other way around it. At the minute the  community feels we’re not getting an appropriate response from the council.”

Responding to a question from Cllr Watters at last week's monthly meeting, Director of Services Catherine Duff said that there were no ramp works planned for Bellurgan and that there were other options.

The community intends to continue their campaign next week.