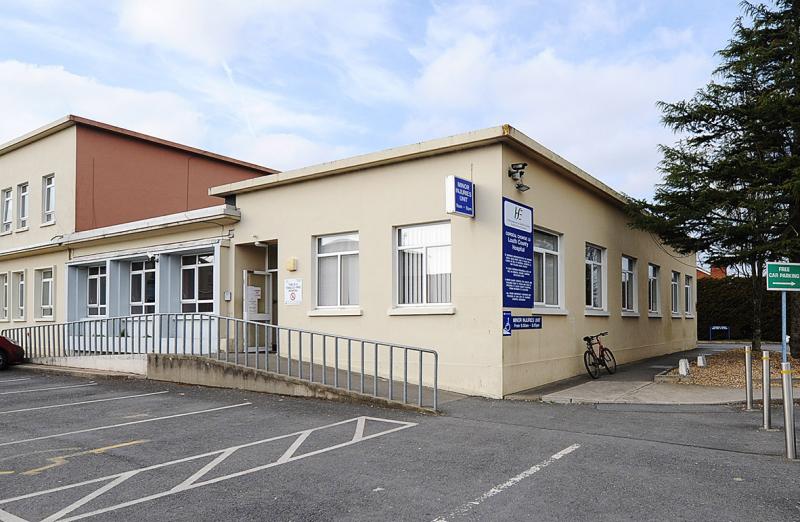 Consultant shortages and lack of extra facilities are resulting in unacceptable delays in providing healthcare in county Louth and across the North East region according to The Irish Hospital Consultants Association (IHCA).

Research undertaken by the group showed that Orthopaedics, Dermatology, Gynaecology, and Rheumatology outpatient waiting lists in North-East hospitals have increased by 41%, or almost 4,500 additional people, in the past seven years leaving 15,365 people awaiting assessment.

Meanwhile, one in four approved permanent hospital Consultant posts in the North-East are not filled as needed with North-East hospitals spending €9.6 million on medical agency doctors last year – more than 10% of the national total.

The organisation has today warned that the ongoing shortage of Consultants across many specialties in the North-East together with public hospital capacity deficits is restricting patients from accessing timely, high-quality medical and surgical care and is contributing massively to growing waiting lists and poorer health outcomes.

New analysis from the IHCA shows that between the period May 2015 to May 2022, an additional 7,966 (+31%) people have been added to outpatient waiting lists across the North-East, with 33,468 now waiting for assessment.

A further 2,742 patients are on inpatient/day case waiting lists and another 2,144 are waiting for GI endoscopies.

This means there are 38,354 people across Counties Cavan, Monaghan, Louth and Meath waiting for public hospital inpatient/day case treatment, GI endoscopies or an outpatient appointment with a Consultant.

The busiest hospital in the region, Our Lady of Lourdes in Drogheda, has seen its Outpatient waiting list increase by almost 3,500 (+30%) in the past seven years to almost 15,000.

Drogheda consistently has one of the largest number of patients in any hospital who are medically fit for discharge but whose discharge is delayed.

Patients presenting to its Emergency Department also faced a 9-hour average waiting time for admission in May.

Our Lady’s Hospital Navan has experienced the largest growth, with the main waiting lists there having almost doubled since 2015 to 8,700.

The number of ‘long waiters’ at Navan have increased significantly, with 91 patients now waiting longer than a year for inpatient or day case treatment compared with zero patients seven years ago.

Almost 4,500 additional people in the region waiting for an outpatient appointment with a hospital Consultant in four specialties, an increase of 41% since 2015, the analysis has revealed.

The four specialties of Orthopaedics, Dermatology, Gynaecology and Rheumatology have some of the largest waiting lists and combined they account for close to half (46%) of all those waiting to be assessed by a hospital Consultant in the region.

The association says that these patients run the risk of either a delayed diagnosis of skin and other cancers or may be living with increased pain while awaiting hip or knee surgery or treatment for arthritis.

These lists have also seen some of the largest increases since 2015 - an average increase of 41%:

Orthopaedics alone accounts for 15% (5,064) of the entire Outpatient waiting lists at the four North-East hospitals.

Louth County Hospital in Dundalk has seen a 127% increase in its Orthopaedic Outpatient waiting list, with an additional 833 people added since 2015, while Our Lady's Hospital, Navan and Our Lady of Lourdes, Drogheda have both seen a 28% increase over the same period.

Many of these people will later go on separate inpatient waiting lists if they require hip or knee replacements.

There are just 2.33 Whole Time Equivalent (WTE) Consultant Dermatologists in Drogheda and Louth County Hospitals serving a population in the North-East of around 330,000.

That is a ratio of 1 WTE Dermatologist per 140,000 population – less than half the internationally recommended level.

At the same time, more than one in four (26%) approved hospital Consultant posts in the North-East were either vacant or filled on a temporary or agency basis – that’s 59 out of a total of 228 posts (as at May 2021).

Nearly half of these posts (27, or 46%) were at Our Lady of Lourdes Hospital, Drogheda.

The medical specialist workforce deficits, which predate the pandemic, have now reached record levels with 22% of all approved Consultant posts nationally either vacant or filled on a temporary or agency – 838 posts.

The proportion of posts not filled as needed increases to one in four (59 posts or 26%) in the North-East, which is resulting in the employment of agency staff at often twice the cost of retaining such specialists on permanent contracts.

The failure to recruit medical specialists at the four hospitals in the North-East is creating a false economy with the hospitals spending a combined €9.6 million on medical agency doctors last year – more than 10% of the total spend nationally.

“The severe shortage of Consultants across the North-East is the main contributor to the unacceptable delays in providing care to patients. Growing waiting lists demonstrate the impact of years of Consultant shortages and underinvestment in capacity across these public hospitals.

“We have a chronic recruitment and retention crisis with 22% of all approved Consultant posts nationally either vacant or filled on a temporary or agency – 838 posts in total. This increases to 26% in the North-East.

“The unprecedented level of Emergency Department presentations in recent months and the continued impact of the number of patients hospitalised with Covid-19 has meant further cancellations of surgical activity and outpatient appointments in the North-East and nationwide, which in turn will only increase the waiting lists further and lead to poorer clinical outcomes for patients. There were 281cancelled appointments in April alone at the four North East hospitals.8

“In addition, just 68 (8%) of the 829 additional acute beds that were provided nationally over the past two-and-a-quarter years were in the four hospitals in the North-East.9 Health service management needs to progress practical plans to significantly expand hospital capacity in the North-East, and throughout the country, at a much faster pace and without further delay.

“The Government must make good on its promise to provide the extra beds, extra Consultants and extra facilities which are badly needed to meet the healthcare needs of the 38,000 people currently on waiting lists at hospitals in the North-East.

“To achieve that end, the Consultant contract talks which resumed last week must honour the ‘unambiguous commitment’ made by the Minister for Health to end the pay discrimination imposed on Consultants contracted since 2012.

"This and more competitive terms and conditions are crucially important to recruit and retain the increased number of hospital Consultants required to provide timely care to the 902,000 people waiting for hospital care across the country.”