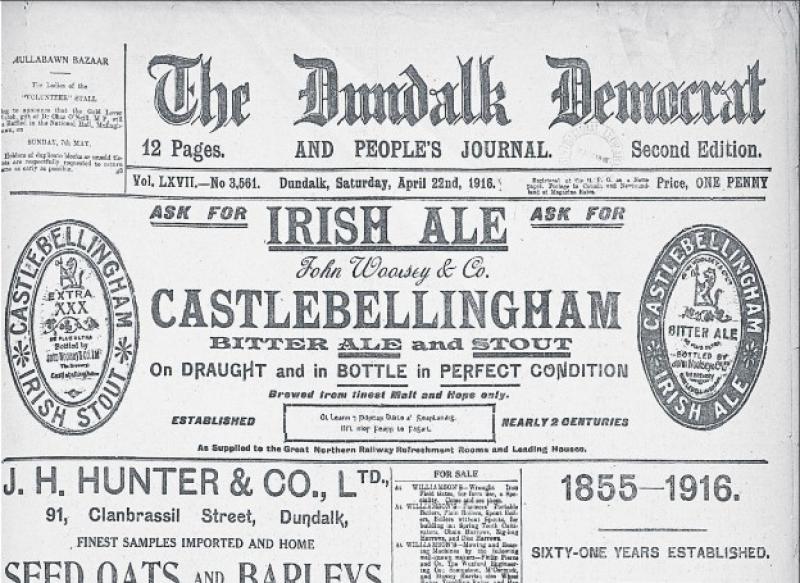 Recently, when discussing old Dundalk nicknames that have been forgotten, I was asked if I had ever heard of 'Lanya Walla' and it brought back childhood memories of being told that a man riding a bike through the main street was called something like that!

When sometime later I asked about this man, an old printer replied 'Sure, he's a son of Balla Walla!'

At the time I did not think much more about it and thought that it just meant something like 'Long Fella', as I remembered he was quite tall.

Then, more recently, when looking up an old Tempest's Annual I came across an article under the heading 'Don't you remember Poor Paddy' 'by 'A Dundalk Man Abroad', which contained a whole lot of nicknames, I realised that the sobrique must be quite old.

The article was published in 1925 and may have been taken from an even older source.

A question in the article asks 'Do you remember the Hireing Monday and the game both fair and shady?' and mentions the various 'toss-pits' around the Town where unemployed men gathered to gamble the few coins they still had in their pockets.

Then, in the midst of all this, there was a reference to 'Poor old Paddy Buttermilk' and this struck a chord in my mind because I recalled from childhood a man going around selling milk from a large can perched on the front of a bicycle whom we called 'Peter the Milkman'.

The name that caught my attention, however, was 'Long Bulla Wallagh' and wondered was this the man who had been pointed out to me in my youth?

Then I realised that this was written before I was born and concluded that, maybe, he was a son or grandson of 'Bulla Wallagh?

As a result, I looked up the meaning of the word 'Walla', thinking that it might have been used by the British soldiers stationed in the Military Barracks who had served in India.

Appparently a 'Wallah' is the Hindi for a 'person in charge' and is most often used in connection with an occupation, like policeman or soldier.

So it could be that it came from British soldiers or even sailors who worked on the vessels from all around the world that came into the Dundalk Port?

Maybe, it was used sarcastically or that the original 'Bulla Wallagh' mentioned in Tempest's Annaul was a person who had been 'in charge'!