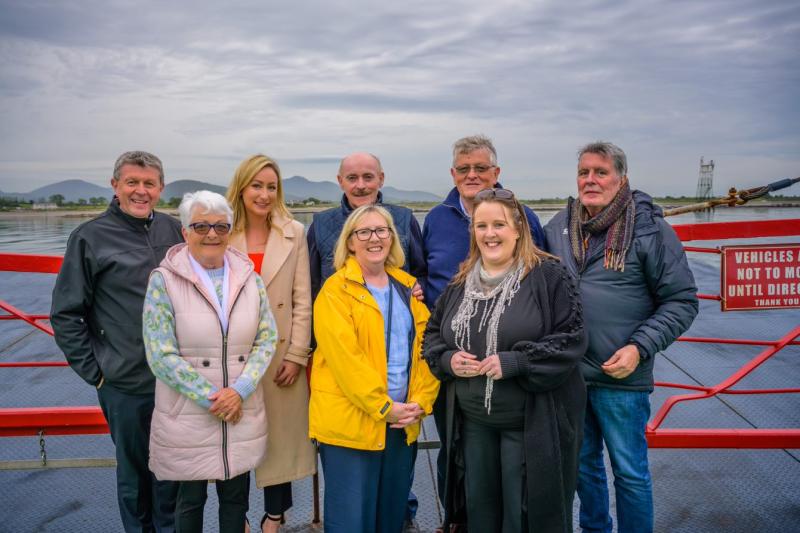 Over 170 representatives from six cross border business groups have come together to connect on an evening cruise on Carlingford Lough.

The event was a collaboration between Newry, Dundalk, Drogheda, Kilkeel, Newry and Warrenpoint, Burren and Rostrevor Chambers of Commerce and the South Armagh Business Improvement Group.

The event  was made possible by sponsorship from Louth County Council.

Paddy Malone PRO,  welcomed all and pointed to the long cooperation with Warrenpoint Chamber on the submission to the New Island Forum which led in part to the National Development Plan2040 which identified the Drogheda Dundalk Newry axis as “the sixth city” placing the axis on an equal status as Cork.

He referred to the long collaboration with Newry; and joint working with Drogheda and Louth County Council on further developing the M1 CORRIDOR, which he saw as a regional and not county initiative.

This event offered the first opportunity for face-to-face dialogue for some considerable time.

Miriam Simmons, Vice President Drogheda Chamber, emphasised the tourism potential of the region and welcomed the opportunity to engage with Newry.

Julie Gibbons spoke of the long-standing friendship with Dundalk, and the common aim in promoting Gullion Mourne Cooley.

She also criticised the attacks on the Northern Ireland Protocol and stated that the overwhelming majority of her members were in favour of the Protocol.

"But on the ground, where it counts, I think if we look around at the businesses attending the cruise and the incredible partnerships we have forged, we are testament to the fact that regardless of the politics, all we want to do is progress, trade with each other and raise our communities’ standard of living.”

Thomas McEvoy on behalf of Louth CC our sponsors welcomed the opportunity of supporting this initiative and the M1 Corridor.

He also said that there were opportunities within the Shared Island initiative.

Guests also sampled drinks from Warrenpoint based Mourne Mountains Brewery and Newry based Two Stacks “Dram in a Can” whiskey, whilst Egg Coffee in Crossmaglen supplied Donuts.