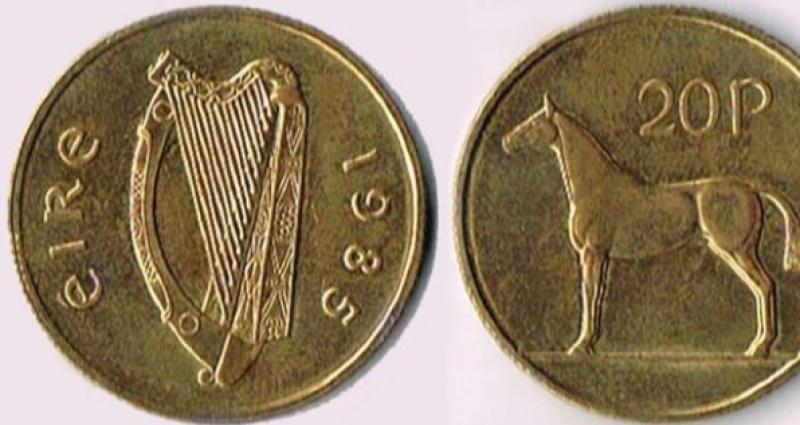 Readers, will no doubt, have noticed that there is not much money, in the form of notes or coins, changing hands these days and that most transactions in shops and service stations are in the form of credit cards, of one sort or another, being scanned by electronics.

This is a far cry from the time I started earning wages and is much easier, and safer, than carrying around cash in pockets, purses or wallets. Back in those days there were 240 pennies to the pound, large copper ones at that, and multiple silver coins.

These tended to be very heavy and to wear holes in pockets.

Various British monarchs heads, including the present incumbent, appeared on many of the coins there in circulation in Dundalk --- but that did not bother us much in those pre-decimal days!

Sixty years ago workers were paid in cash which was placed in small envelopes, with long, thin strips of paper which had been torn from a perforated sheet under which there was a carbon copy of the details.

These strips would show the gross pay, tax collected, national insurance contributions and the amount to be received by the workers. Overtime money may also have been shown.

I recall this because I helped the cashier put these wage packets together each Friday for several years for no extra payment.

I recall also that there was a bit of an out-cry from some when it was decided to pay the wages in cheques --- because they had to go to a bank to collect the money --- but they soon got used to it and realised it was easier to open a bank account!

Nevertheless, I recall that it was something of thrill to receive those small envelopes at the end of a working week.

And I will never forget the joy of getting three crisp, green pound notes for my first full week's wage --- nor the day when I found my first 'Big Blue One', a £10 note, in my envelope!