Trip Through Time: Dundalk's agricultural past 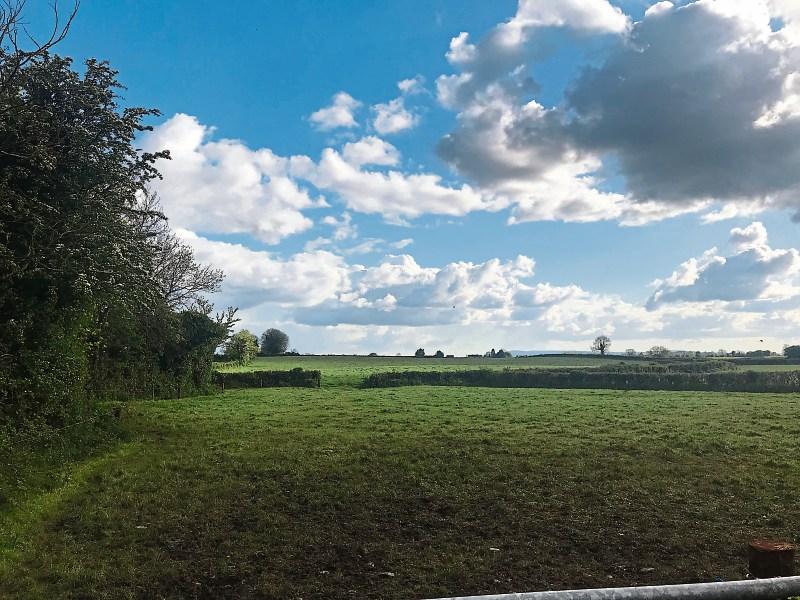 My good friend Noel Sharkey from Blackrock has sent me yet another poem for publication which, I believe, will remind readers of the Dundalk area's great agricultural heritage!

This is about Noel's experiences while doing work in Frank Bishop's field's at Mullagharlin on the southern outskirts of the Town, 'during the summer months of my early teenage years', as he writes!

These reminiscences are very interesting to me personally because, when I was growing up in the Marshes Lower part of

Dundalk, most of the lands south the old Greenore railway line were given over to farming. This was at a time where there were few housing estates on that side of town.

These lands were mostly used for livestock rearing in the green fields between the Dublin Road and Blackrock but, especially during the Second World War Emergency, much land in the area was given over to growing grain.

There was also many varities of vegetables grown in home gardens and on plots where the Cluan Enda housing estate is today.

Even long after the War had ended in 1945, many school children, like Noel, from Dundalk and surrounding areas, would have worked in picking potatoes in the autumn --- and many of my friends also found employment picking strawberries and other fruits on local farms during their summer holidays.

I never did that work myself, apart from growing vegetables in my father's garden to help provide for Wartime shortages. I did, however, 'foot' turf on bogs in Donegal, deliver milk from aunts' dairy and was a 'messenger boy' with my uncles motor lorry delivery services.

Creeping along the drills at scarcely a snail's pace
With Hessian bags tied with binder twine around the knees,
We young teenagers engaged in an extremely slow race
To reach the far headland by gradual degrees.

Our chaffed fingerds drag out each weed, each nettle, each dock,
Feeling each string, each cut, and each broken nail,
As we leave five or six inches between eh tender stalk
In weeding out these drills of turnip and of kale.

We're starting to swelter now in the hot noonday air,
And frequently stopping to swat at the midges and the flies.
This stoney grey soil is the same stoney grey as everywhere,
And baked hard beneath the mid-summer skies.

We walk around on the headland with our backs arched,
And briefly stretch our limbs to ease the aches and pain;
Drinking water from our bottles, for we're half parched –
Another pull on a cigarette and it's time to kneel down again.

It is worth pointing out, again, that the money that Noel has raised from his poems and local historical writings continues to go to help the very worthy cause --- 'The Birches', Alzheimer Day Care Centre, Dundalk and has now reached a total of several tens of thousand euros.